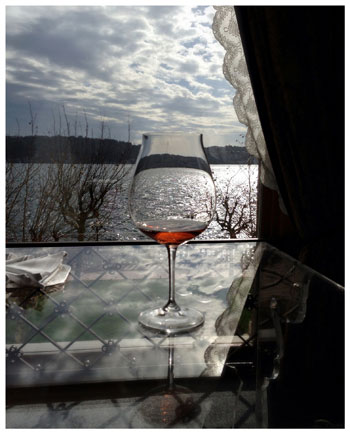 There’s something about Dom Perignon that just screams luxury. No, hang on, that’s too vocal: it’s more of an insistent whisper. So when that… insistently whispery voice calls you, PLEADS with you, to visit Istanbul for the launch of a new champagne, there’s only one thing you can do – give in and go. All in the name of work, and research, of course.

The event was the global launch of this rare, exclusive and long-awaited cuvee from the prestigious house of Dom Perignon – the 2002 Rose. Enough has already been said about the quality of the 2002 vintage but in case you’ve been living in a cave, here’s the summary: it’s MIND-BLOWING. An exceptional growing season, where even things that went wrong (i.e. rain) went wrong at the right time, culminated in 6 weeks of what Richard Geoffroy, Chef de Caves and ‘Creator of Vintages’ at DP, refers to as ‘golden light’ (more on this later). Those of us who have been fortunate enough to taste the Brut DP 2002, launched in summer 2010, can attest to its unbelievable quality – so the Rose has been the eagerly-anticipated hot ticket for the past 2 and a half years.

It’s hard to know whether to start with describing the champagne, or the reason it was launched in Istanbul – the two things are so utterly and intrinsically linked. If you’ll forgive the slightly clunky narrative I’ll try and cover both at the same time. 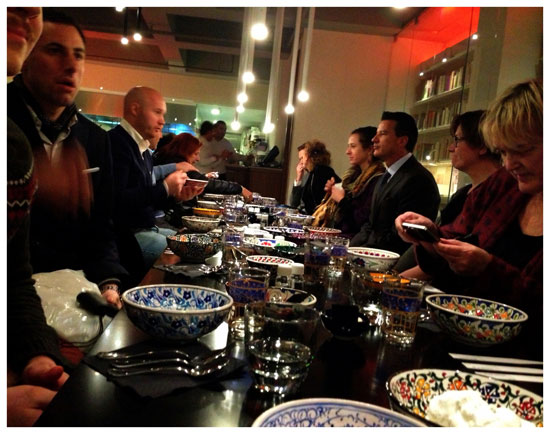 Point one is that famous ‘golden light’ just before harvest in 2002, as described by Richard Geoffroy: “The light was wonderfully radiant, golden, saturated, almost Californian. The Indian summer, coming after the rain, made possible a level of maturation of unhoped-for quality.”Given an early flowering, a late harvest and a cool-ish summer, the grapes had an extraordinary amount of hang-time, giving them intense concentration. So the sense of light and the effect it had on the grapes go hand-in-hand – and when you sit watching the sun reflect off the Bosphorus (especially from your own private ‘contemplation booth’ in the Ciragan Palace, where we received our first taste of the 02 Rose) you start to understand ‘why Istanbul?’

Point two is the nose. I wrote ‘Intoxicating! Black cherry, rose, acacia, marzipan, wild strawberry, woodsmoke, chalk… layers of florality and spice.’ It’s deeply complex, with immensely seductive, smoky characters and a heady lift of sweet white flowers and spice. There’s loads of fresh fruit too. It’s so redolent of the cuisine, the spice markets, the incredibly ripe Mediterranean fruit… another tick in the box. 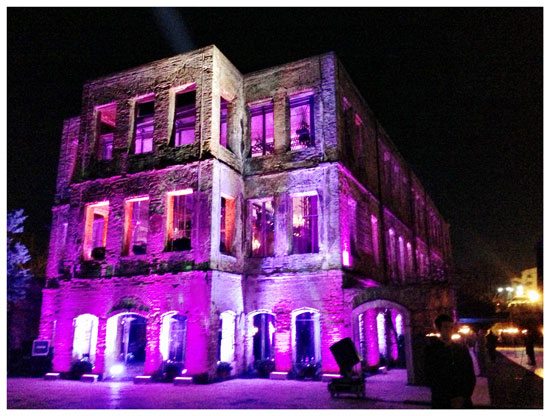 Last point is the palate, which like the city itself, is the embodiment of paradox. Tiny, almost imperceptible pin-prick bubbles somehow gather in the mouth to create an entry which is velveteen-soft: it hovers over the tongue. As the wine flows around the mouth it begins to reveal itself with wild strawberry, ripe cherry and sweet spice characters, edged with rosewater. It’s incredibly dense and yet so light; it’s tight and compact yet so broad and indulgent; the minerality makes it feel so chiselled you can almost taste the chalk, and yet it’s generous and intensely fruited. This is a seriously, no, utterly, completely gorgeous champagne – and this launch venue makes total sense.

Then comes the sucker punch from M. Geoffroy: “Plus, I had never been to Istanbul before and I had a fantasy in my mind of what it would be like – I wanted to see if it was true.”

As you would expect from DP, you don’t fly people in from around the world just to drink a glass of fizz, regardless of how good it is. We were to immerse ourselves not just in the sights and smells of Istanbul, but in the social and cultural history of the country – with a good dose of technical sensory interaction as well. This manifested first as a tour of the ‘spicy market’ (as our jovial host referred to it), during which I was incorrectly identified as a senior member of the UK motoring press; this was followed by some traditional Turkish meze and a chance to shop the remarkable range of spices, teas and various Turkish Delights. The second part was a fascinating visit to the former Ottoman Central Bank building, now a fabulously curated exhibition showing the rise and turbulence in Turkey’s social history over the past 200 years.

The final part of our visit was given up to an introduction to blending, hosted by Thierry Wasser, chief ‘nose’ of Guerlain perfume. In this exercise, we were given three perfumes and invited to recreate the balance and aroma profile using the various bowls of goodies on the table: freshly ground spices, rose petals, geranium oil, smoked shortbread, chopped chives… an absorbing exercise and one which reflected both the challenge of the perfumier and that of the Champagne blender. Again, it all comes together.

Dinner was a sombre affair, as you’d expect. The Esma Sultan, a ‘ruined’ mansion on the banks of the river, was the place: having been lined with glass and steel and fitted out with all mod-cons and yet looking from the outside like an historical relic it was suitably paradoxical. There are worse ways to start the evening than with a glass of DP Oenotheque Rose 1993 (watch this space!), and poorer ways to eat than courtesy of 2 Michelin-starred Jean-Francois Piège. The 02 Rose flowed throughout dinner and continued on into the evening, showing equal versatility with food as without. Likewise, the Oenotheque 93 tasted just as good as an aperitif at 9pm as it did in the lobby of the Ciragan Palace at 6:30am with club sandwich and chips…