It all began with Cognac for breakfast (in truth, it started at 4am with a glass of champagne on the flight over).  On arrival in Bordeaux our Chauffeur greeted us and drove pretty fast northwards until we were rumbling gently over the famously chalky soils of Grande Champagne.  At some point we emerged from the dappled light of a fairy-tale coppiced wood to find ourselves overlooking the rolling vineyards of Cognac. It was only days before picking was due to begin, so the ugni blanc grapes were hanging invitingly on the vine, each one a tiny crisp, sweet explosion of fruit and potential.

There, at the brow of the hill was an isolated bar: the Butler, drinks aloft, and our Host welcomed us… and THAT was breakfast.

The pace for the next 48 hours was set.  A large iced Coeur de Cognac, delicate and velvety, accompanied some remarkably dainty little dried duck and apricot amuse-bouche.  The air was bright and the mood was lightheaded.  We continued on our way.

Off to the Touzac Distillery in Grande Champagne for a light five-course Terroir Lunch (local produce only). This was a precious opportunity to gain an insider’s view of Remy Martin’s global strategy, so, naturally, we mostly discussed Scotch Whisky.   Fortified by fine food and the House’s own Domaine du Grollet wines, it was time to cleanse our senses with an olfactory tasting of the un-aged eau-de-vie.  A few facts. Each grower is treated as a partner.  The army of growers is asked to grow, pick, distil and sometimes to age to exacting criteria set by Remy Martin.  Every individual eau de vie is sampled for quality by a panel of experts, amateurs and growers.  The tastings are conducted blind to avoid any bias.  The stakes are high: the best samples are awarded “+10%” i.e. a 10% bonus payment for the entire batch and badge of honour to boot.

After a trip to the Cognac museum and a quick costume change (“tenue de soiree de rigueur”) it was time to head to Remy Martin Headquarters for the presentation of the Remy Martin “290th Anniversary Coupe. This was a one-off bottling taken from a perpetual reserve of eau-de-vie which, as the description suggests, never runs out.  It has been sustained over the years by four generations of Cellar Masters.  The remarkably talented Perrette Trichet perfected the collection with her own selection of eau-de-vie before handing the reins over to Baptiste Loiseau, the new cellar master, who will now take up the duty to protect and enrich it.  To celebrate its 290th anniversary, the House of Remy Martin chose to extract a small quantity of this perpetual reserve: released in a single magnum decanter, the iconic bottle shape was due up for auction only hours later.  As a one-off bottling with an estimate of 15000 Euro meant there was already plenty of interest.  On tasting, this was a delight: complex spice, cedar, dried fruit and soft organic earthiness.

There were perhaps 20 of us assembled in the room; resembling amateur players in the final scene of an Agatha Christie novel, our host introduced each of us in turn.  The question was not “who done it?” but “who’d win it?”

Next, to Bassac Abbey for the main event: La Part des Anges Charity Evening and Auction.  Some 700 of us gathered on the lawn for cocktails and aperitifs. What fun!  So many friends were there that I completely lost my companions (but unlike Glastonbury 1999 where I only found my tent two days after pitching it up, here there was a seating plan and we were soon reunited).  Bidding was buoyant, occasionally it was frenzied. The food, designed by the chefs of the Cognac Houses, was glorious, each course accompanied by wine and superb cognacs.

Then came the after-party for more Cognac and Cognac Cocktails and a master class in wedding-party dancing to CSA approved French-language pop songs. By 4.30am I was back in the hotel.

Breakfast was a strong coffee and a short walk around town before hitting the road to Domaine du Merpins and the office of Cellar Master Baptiste Loiseau to taste the elements that become Louis XIII.   The deconstruction was fascinating but stomachs were fiercely rumbling - we hadn’t eaten for ages - so we went for lunch at le Grollet Distillery.

It’s always nice to end a meal with Louis XIII and a fat cigar so we nipped off to the cellars to draw our Cognac direct from a 100 year old tiercon.

After a brief visit to the reference room, to examine historical documents and decanters at the old headquarters, we were (once again) getting hungry - so we headed to Mirambeau Castle for afternoon tea (wine and sandwiches) on the way to Bordeaux airport. Eating and drinking – a fitting way to end this extraordinary few days. 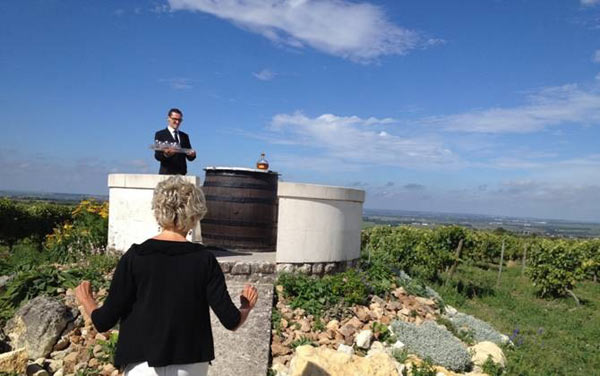 Breakfast in Cognac (complete with Butler) 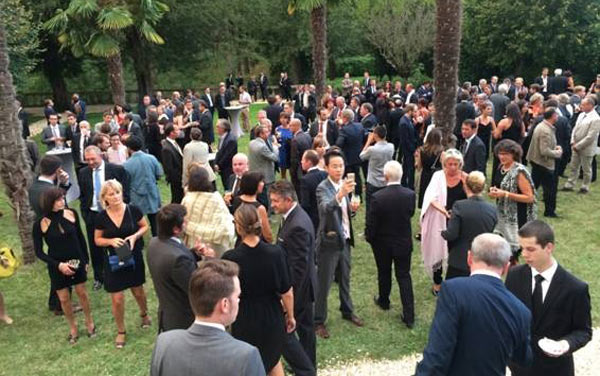 Gathering on the lawn before the auction 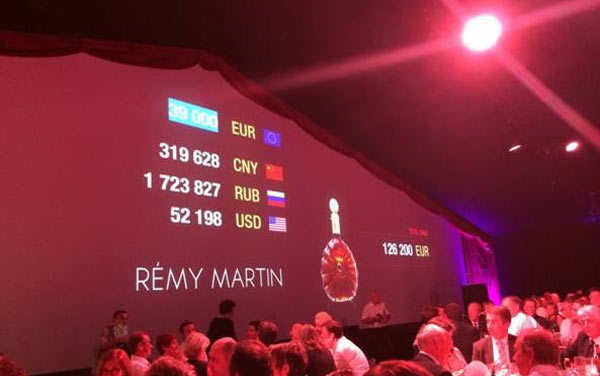 Hammer descends to gasps and applause for the Remy Martin 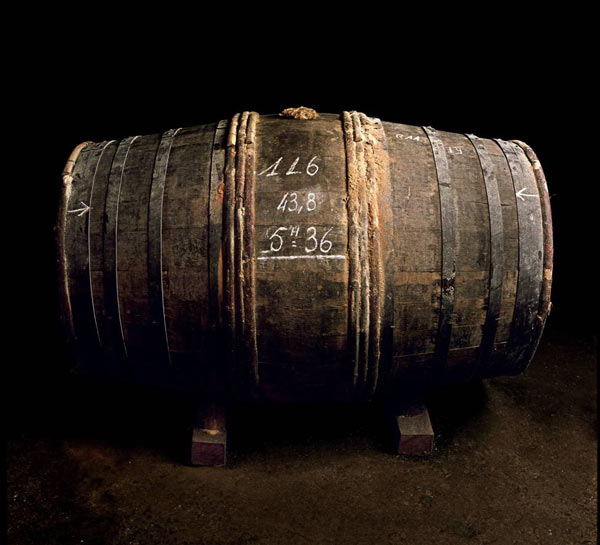