The final day takes in the remainder of the Right Bank and ends with the journey down to Pessac for the Haut Brion/La Mission tastings. We've had some delicious wines on the latter part of our trip and as we suspected, the top wines on this side of the river are perhaps only a touch behind the best of the Left. However, Pomerol in particular always brings a different, more traditional element to the En Primeur game; the points of limited production and the ability to secure a range of formats at source. Many Pomerols are made in very small quantities, given the size of the global market, and often the best examples are significantly harder to find further down the road than their Left Bank qualitative equivalents. Therefore buying them En Primeur is undoubtedly the best way to make sure you get the wines you will want to have in your cellar in years to come - and there are several of these. Secondly, there is the issue of bottling; halves, magnums and larger are significantly harder to locate on the open market after 5+ years so if you like big - or small - bottles, then now is the time to get them made up. 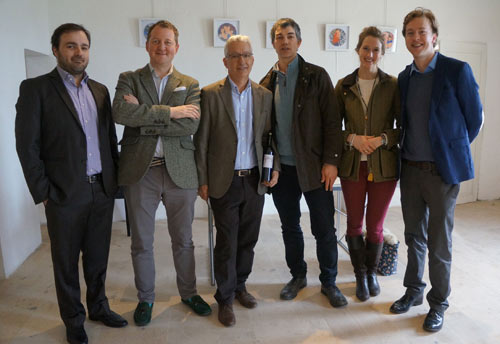 So, to the wines: today we have worked our way through Clinet, Eglise Clinet and the other wines in the Denis Durantou stable, Clos l'Eglise and the other wines in the Helene Garcin stable, Figeac, and some lovely numbers at the central Pomerol tasting. The point we made yesterday about the two key styles - effortless, elegant and fresh or broad-shouldered and concentrated - holds true, and again, there are winners and losers in both camps. Denis' wines are beautifully made as always and these are certainly among the wines that match, or beat, the 2012s, especially in the satellite regions. Montlandrie was a particular standout and Eglise Clinet is certainly up there with the top Right Bank wines of the vintage. Likewise, Clinet is extremely competent, its small portion of Cabernet Sauvignon adding a depth, a bass note, to the predominantly red fruit characters of 2014 Merlot. Clos l'Eglise is an excellent effort, as is Helene's new project Poesia - which clearly sports some exceptional terroir. This is definitely one to watch. Figeac and Clos Fourtet have both made extremely attractive, solid, harmonious clarets which have more than enough density and structure to last 15-20 years.

We took in the Moueix tasting in Libourne on our way down to Pessac and praise be that we did - these are some of the very best Pomerols of the vintage with more affordable wines like Plince and La Grave showing beautiful freshness and harmony, and the top wines - in particular the smoky, sultry Hosanna and the utterly pure and decadent La Fleur Petrus - performing brilliantly. Only a Left Bank vintage? I don't think so... 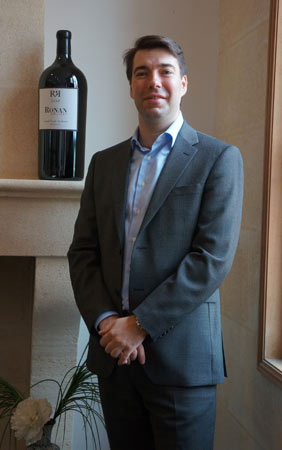 Down to the final two chateau visits of the trip: first at La Mission for the Clarence Dillon collection. The wines were regal, elegant and restrained as usual (some felt the La Mission lacked a little flesh but others opined this was just very nice unforced winemaking) and the whites, whilst perhaps not quite at the dizzy heights of the memorable 2013s, certainly the wines of that vintage, were very complete and combined explosive citrus with layers of honey, florality and lighter tropical fruits.

The last visit of all was Haut Bailly where we spent more time discussing beer with Veronique Sanders than we did wine. In fairness, the wines spoke for themselves with typical understated elegance and a sense of vibrancy and power underneath, and by this stage the finishing line and its golden, fizzy reward was looming very large. Veronique herself was looking forward to a cold one before dinner with Michel Roux Jr! 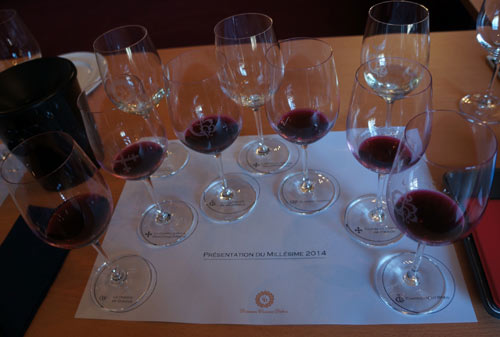 In the airport we shared a drink with Neal Martin, Victoria Moore of the Telegraph and Food and Drink's Joe Wadsack, sharing some thoughts and opinions on the week (or in Neal's case, two and a half weeks) just gone. They will be publishing their own vintage analysis in due course; but in our view, this vintage is an interesting reflection on the current state of the wine market. After 5 years of drama, both upward and downward, what we were facing here was an eerie sense of... normality. 2014 is not an outstanding year like 2009 or 2010; but it is certainly better across the board than 2011 or 2013. 2012 is an interesting comparison but with the sides switched: 2012 was obviously an exceptional year on the Right Bank and for Pomerol in particular, whereas 2014's highest peaks are in the Medoc. However, across the board, the average quality collectively is definitely higher - we tasted very few 'bad' wines, something we have not been able to say since 2010.

At the upper end, the Left/Right gap between the great estates and winemakers is very small indeed - in a literal sense, only a point separates the best Right from the best Left. However if you are looking for bargain wines, outside those of the magician Denis Durantou and a couple of others, we would recommend looking Left in 2014.

So arguably we're back to the new normal - and the best comparisons would seem to be 2008 and 2001 in terms of quality, character and potential longevity. For the Left Bank alone, 1996 would be a very fair comparison. Of course, we also have the added benefit of several years more experience and technology, meaning smarter work in the vineyard and better treatments in the winery. As a whole, we would also opine that 2014 has seen a return to classical winemaking, where the intention is to express not only the 'house style' of the winemaker, but to truly reflect the terroir, the grape variety and the vintage itself. 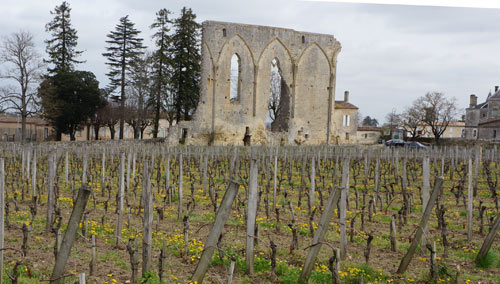 A full, considered report on 2014 will be available very soon. For now, a salad, a large glass of water, and some sleep, please...