by Giles Cooper (Head of Marketing and PR)

#firstworldproblems: “When I woke up on Wednesday, I had drunk so much Krug that my teeth actually hurt”

Day 2 of my personal Krug-sade started, refreshingly, at lunchtime. Following the significant volumes of Krug consumed the day before – in fairly classical circumstances, it has to be said – I was under the impression that today’s activities would be somewhat different. Not necessarily in terms of volume, but in terms of the nature of the event. And I say ‘under the impression’ quite deliberately as I genuinely did not know what I was turning up to – only that it was called WastED and that I was to report to a specific lift on the ground floor of Selfridges on Oxford Street at 12:45. I’ve said it before and I’ll doubtless say it again: when Krug issue you an invitation, you say yes then work out the details later...

So turn up we did (I was accompanied by our Champagne buyer Philippe) and we were whisked up to an extraordinary pop-up restaurant on the roof of Selfridges. The sun was shining, the Grande Cuvee was flowing, and as we gathered (the guest list was a mixture of trade names and lifestyle press) we anticipated what we might be about to experience. I’m not sure any of us were prepared.

WastED is the brainchild of Dan Barber, a revolutionary New York chef (cooking for the first time in London) and a focal part of London Food Month. Essentially Dan’s mission – and he genuinely sees it this way, as the ED stands for Education – is, to quote the Telegraph who put it so much better than I could, “to expose the egregious waste at every link in the food chain (we chuck 18m tonnes of food a year in the UK alone) and to explore the gastronomic possibilities of the unlovely byproducts of food production.” Whether from the growing, processing, packing, cooking or selling stages, everything we ate was destined for the bin and yet Dan and his team of chefs transformed it into a quite astonishing meal.

So where does Krug fit into all this? Well, in looking for a Champagne partner for the event, Dan’s team visited Maison Krug in order to see if there were some by-products from the creation process which might yield some ingredients which could be used on the menu. To both organisations’ surprise, the natural wastage at Maison Krug was incredibly low, and even after a day or two’s searching, they found so little going to waste that they almost gave up... then they chanced upon a stack of old fermenting barrels which were due to be broken up and the idea of using individual staves as serving platters was born (see pictures below). Thus the synergetic relationship between the two organisations was cemented and Krug became the official Champagne of WastED.

Another fun aspect of the project is that guest chefs would be cooking the kitchen every evening, from Gordon Ramsay to Alain Ducasse – and the guest chef gets to choose the music playlist... as there is no guest chef at lunchtimes, we had the honour of having our playlist chosen by Olivier Krug himself (would you have him down as a fan of The Clash?) and the eclectic music, sunshine, and copious amounts of Krug Edition 163 and Krug Rose, all added to the brilliant and eye-opening food to create quite a surreal atmosphere. 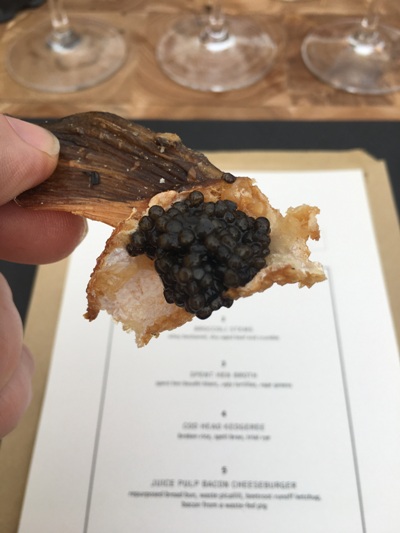 Rarebit made with cheese ends from Neal’s Yard 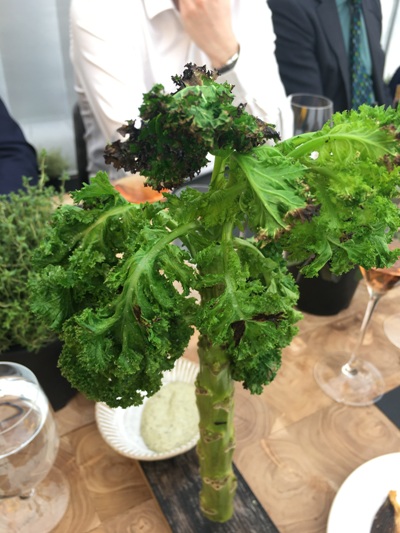 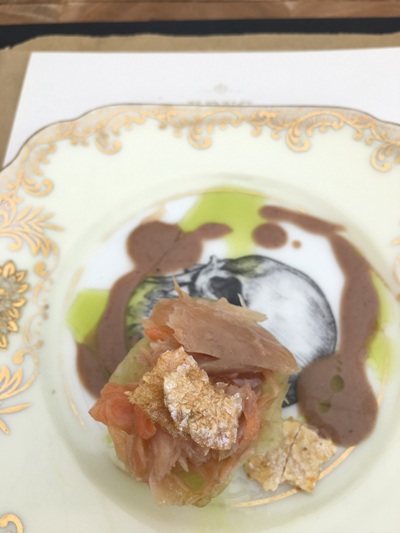 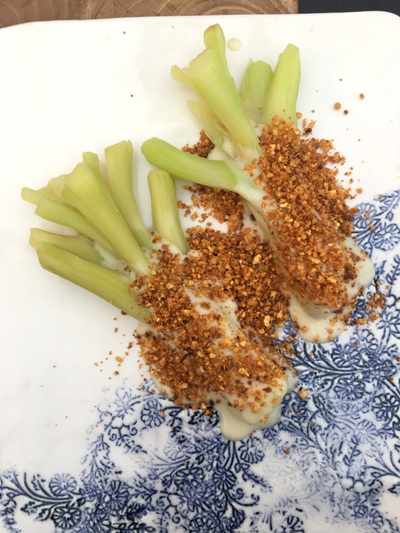 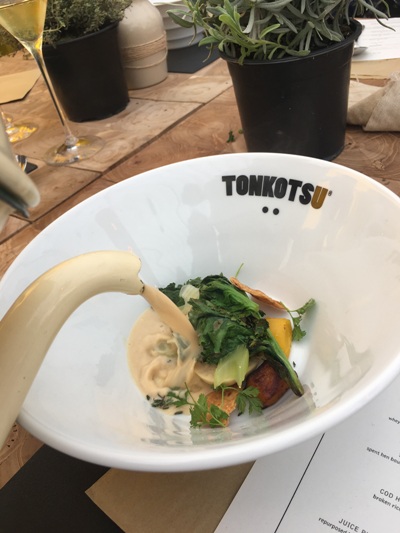 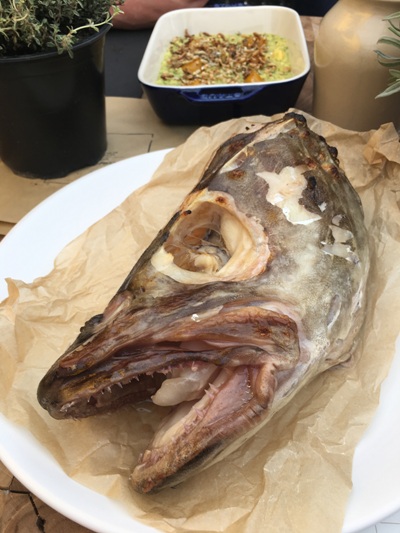 Cod Head (420g of meat on here, versus 180g in a standard restaurant portion of cod fillet) 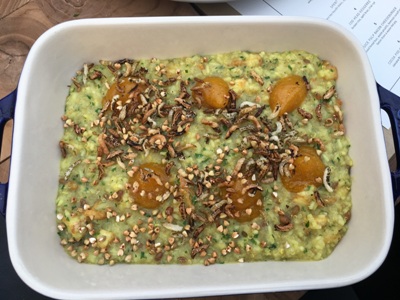 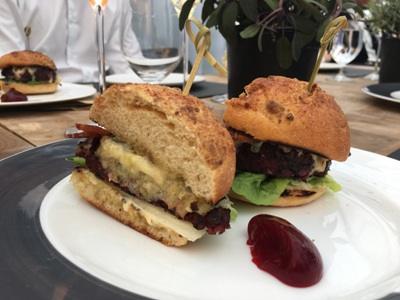 Juice Pulp Bacon Cheeseburger (as seen on Saturday Kitchen last weekend – made from the pulp of juiced beetroots – no meat apart from the bacon – Delicious!)

A memorable meal – and exactly the kind of ‘out there’ activity we’ve come to know and love from Krug.

Many thanks again to Olivier, and Joe and Jack at MHUK for the invitation.