“Possibly he told me bullsh*t too…”

“Possibly he told me bullshit too…”

…Was Erni’s flamboyant response to a chemist’s explanation of why older Rieslings have the same amount of residual sugar but taste drier, (due to the longer sugar chain, incidentally).

And thus began our fascinating, albeit a little mad, evening at Cabotte last night with ten other self-confessed Riesling aficionados and the Doctor himself (not to mention several flights of his remarkable Rieslings).

We began the evening with the most delicate style of Riesling – Kabinett – Erdener Treppchen 2015 and 2005. Both sung out as bright and refreshing; the perfect way to ease our palates into the evening. 2015 and 1991 Ürziger Würzgarten Spatleses (‘late picked’) followed with the red volcanic soils of the Urzig vineyards providing rich, spicy, earthy wines. 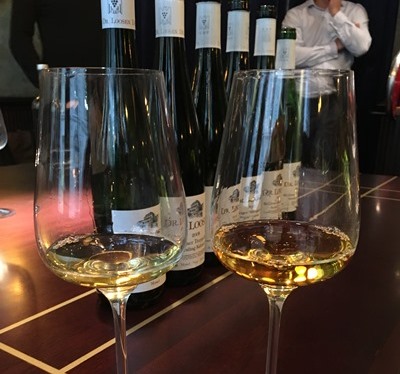 The final wines of the tasting, and perhaps those I was looking forward to the most, were Erni’s Erdener Pralat ‘Goldkapsel’ Auslese wines which are a special selection made from clusters that are fully botrytis affected, but not quite shrivelled to Beerenauslese concentration. The 1976 was astonishing - we all agreed that if we were to taste it blind we wouldn’t have had a clue that it was over 40 years old.

Over dinner, Erni continued to wax lyrical about all things Riesling (whilst we all fiercely nodded in agreement, of course). One of the most memorable of Erni’s quotes from the evening…

“More and more we have to drink ideology”

He said whilst flailing his arms in the air. He said it with such vigour I’m still not entirely sure what he meant but it certainly resonated… 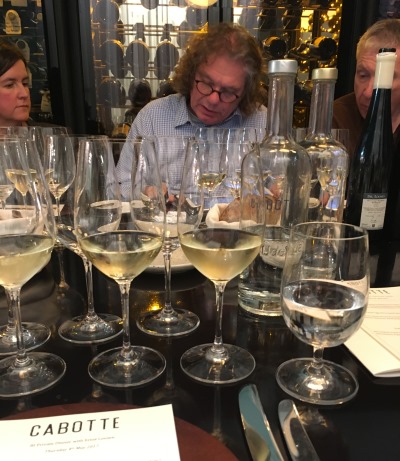 Over dinner, it was all about dry Rieslings. We tasted through three wines from Ürziger Würzgarten all of which were Qualitatswein Trocken Grosses Gewachs Reserves (GGR) aged on full lees in wooden casks. I think we all agreed, as did Erni, that 24 months seemed to be the optimum age – more elegance than 12 months and more integration and openness than 36 months. Such finesse was perfect with our starter of poached duck egg, braised baby gem lettuce and wild garlic sauce. 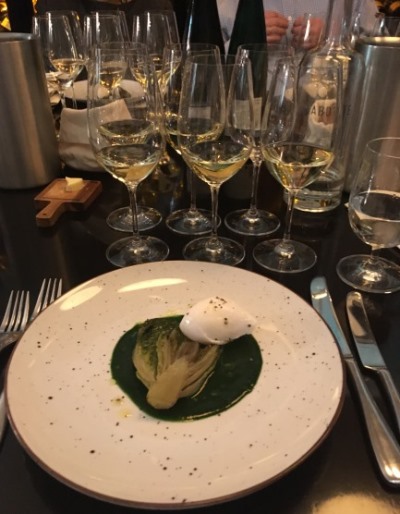 Finally, and for me (although I couldn’t say whether this was unanimous), the wine of the night: 1976 Wehlener Sonnenuhr Beerenauslese. The freshness was simply astonishing, again. In fact, Anneka’s tasting note ‘so fresh’ was followed by a series of ‘???!!!’ which says it all.

Given that Erni didn’t set out to be a winemaker (he was a budding Archaeologist in his earlier days), he has done quite the job with his honest and unequivocal quest for quality. He summed up ‘success’ in the industry rather accurately by quoting his grandfather:

‘How do you measure success in the wine business?’

Well, after last night’s extraordinary Rieslings, we certainly agree that Erni deserves a nap or two.