The superb Clos du Marquis has been released this morning at GBP 470. 2016 is a benchmark vintage for the estate.

'A striking Saint-Julien. Vibrant, nuanced and finely sculpted, it captures the essence of the appellation in its dark fruit and inviting personality.' - Antonio Galloni

Tasting at Leoville Las Cases is always a high point of the En Primeur tasting trip and while the Grand Vin can always be relied on to elevate the palate to a new level (98-100pts from Neal Martin for the 2016 is evidence of this) the standard of owner Jean-Hubert Delon’s other estates is often a clearer gauge of the overall quality of a vintage. This was certainly one of the finest collections of wines we tasted back in April and we were in complete agreement that the 2016 Clos du Marquis was the best ever produced at the estate, even eclipsing the superb 2009 and 2010. Neal Martin gave it 93-95 points referring to it as a 'Majestic' Clos du Marquis.

Worth noting, too, is La Petite Marquise du Clos du Marquis, the second wine from Clos du Marquis, a 'Bon (deuxième) vin', according to Neal Martin and 'Inky but fresh and precise' (Jancis Robinson). This is fabulous value at less than half the cost of its big brother at GBP 230 with Suckling awarding it 92-93 points.

D’Aighuile, the value wine from the Castillon estate of the Von Neipperg dynasty, is at GBP 186. - 90-92pts, Neal Martin: 'You have yourself a very fine Côtes de Castillon.'

A return to form for the excellent Haut Medoc La Lagune, scoring 93-95 from Neal Martin, released today at GBP 475. - 93-95pts, Neal Martin: 'This is an excellent La Lagune, one of the best in recent years.' 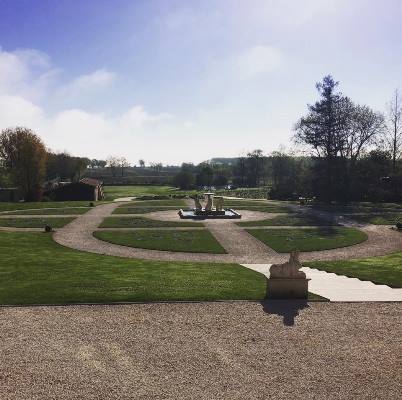 Talbot 2016 has been released this morning at GBP 492 and, according to Antonio Galloni, is 'shaping up to be a jewel of a wine' (92-95 points). St Julien was one of the most reliable, consistent and high-performing communes in 2016. Neal Martin described it as an 'A-Team Effort... that affirms Saint Julien’s reputation as one of the most reliable communes'. He also quite rightly points out the improved quality/value ratio as one is not paying 'for the caché of Pauillac'.

In our view this Talbot is most reminiscent of the excellent 2000 and a sound buy for lovers of this historic estate.

And last but not least, the fine Pauillac Duhart Milon is now available at GBP 640 - one of the unsung heroes of the Lafite stable and perhaps the best Duhart Milon to date. With vineyards that neighbour its big brother, Duhart Milon has prime terroir and the same winemaking know-how that fuels the global phenomenon that is Lafite.

James Suckling gave it 94-95 points and referred to it as 'one of the best in a very long time' - we would certainly agree.