A surprise release on Bank Holiday Monday in the UK was the fabulous 2016 Gruaud Larose at GBP 620. The wine certainly set the tone for the whole week as precise, bright, powerful and yet finessed. As Neal Martin says, “I love the focus here... you cannot deny the intensity and precision on the finish.” It’s certainly a harking back to the true style of the property; a very different animal to the larger-scaled 2009 or 2010.

James Suckling, too, agreed that the 2016 Gruaud is a “full-bodied, layered and juicy young wine. Very tannic yet ripe and intense. Powerful finish. This will be excellent. Better than the 2015.” 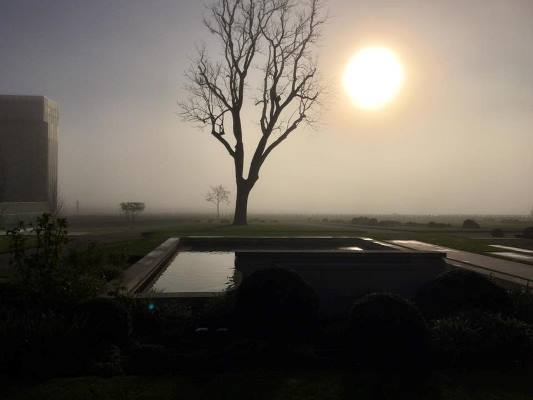 And this morning, one of our wines of the vintage, La Mission Haut Brion, was released at GBP 3960. We scored this wine at 98-100 points with 'wow', 'astonishing' and 'magical' being just some of the superlatives we used upon tasting it. Our view was shared by Neal Martin who scored it the same: 'I thought that the 2015 La Mission Haut-Brion flirted with perfection. The 2016 has that extra edge, a "je ne sais quoi" '

The second wine of the great La Mission estate, La Chapelle de la Mission, is also available at GBP 765. Neal Martin echoed the praise of the other critics by saying: 'This is one of the most sophisticated La Chapelle de la Mission Haut Brion releases that I have tasted from barrel and it bodes well for the future. I expect this will nudge past the 2015 once in bottle. Let's see!'

The 'staggeringly precise' Haut Brion (Suckling - 100 points) was released at GBP 4980. The 2016 expresses itself through layers of mineral character, kaleidoscopic fruit and a structure that feels so nimble and elegant despite its utterly massive levels of tannin. As James Suckling summarises“It can’t get better than this, can it?”

Update: despite having a significant allocation, as a result of immense demand we have now sold out of this wine.

Le Clarence de Haut Brion truly defied its classification as a mere ‘deuxieme vin’... this was one of those tastings where we had to double check the bottle to make sure that they had not poured the Grand Vin into the wrong glass! - It was released this morning at GBP 1180. This could certainly pass for an Haut Brion from a less vaunted vintage; it carries a similarly awe-inspiring nose and masses of dense fruit and terroir character. 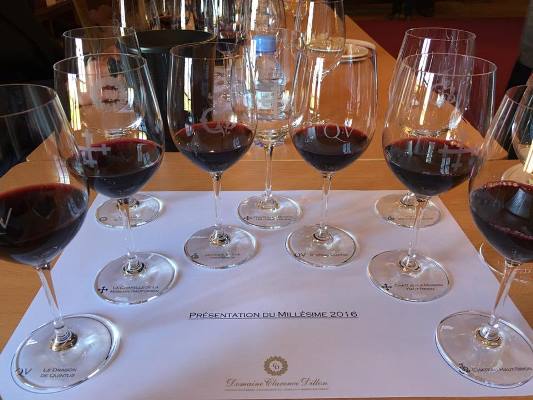 Also available, in their usual tiny quantities and typically mind-expanding prices, are the main whites of the two estates. Haut Brion Blanc is GBP 7000 per case and La Mission Blanc is GBP 5600. Considerably more affordable is the second wine, which now combines grapes from both estates; the La Clarte Haut Brion is available at GBP 700.

The much-improved, very stylish St Emilion Larcis Ducasse has been released at GBP 642. This received considerable praise across the board, and was prettier and less extracted than in previous iterations.

Perhaps of more interest is the release of Reserve de la Comtesse, the second wine of Pichon Lalande, at GBP 355. Antonio Galloni said 'The 2016 Réserve de la Comtesse is a serious second wine... Don't miss it...' whilst this was a very pretty, capable wine, it is the heralding of the Grand Vin that gets us excited – one of the most exciting wines of the vintage, we are hoping for for a sensible price and reasonable volumes to offer.

Later in the day we have seen the release of the rising star that is Nenin, a Pomerol owned by the Delon family of Leoville Las Cases fame. This has been steadily improving and making quite the name for itself at what is a very reasonable price compared to its bigger-named peers. It is available at GBP 600 and with 92-94pts from Neal Martin it’s worth more than a second look.

We’ve also seen the release of Certan de May at GBP 1060. This has one of the widest score spreads across the critics of any wine we have seen, quite unusual in this consistent vintage.