One of our favourite, most consistent performers of recent vintages – Malescot St Exupery – has been released today at GBP 500. James Suckling waxed lyrical about this new Malescot, calling it “full, layered and sexy” and he wasn’t alone in rating it very highly with Neal Martin giving it 94-96 points. This looks like a very smart buy indeed.

The Malescot was followed closely by the highest ever rated Chateau Lagrange (94-96 points - Neal Martin) at GBP 420. Whilst we have avoided making comparisons with the 2015s on too many occasions – it is rather like comparing oranges with apples – Lagrange is one such case where it makes sense to do so. The quality level really is a massive step up thanks to low yields of tiny berries and the best Petit Verdot the estate believes it has ever grown.

Lagrange is, along with the likes of Leoville Barton, the epitome of brilliantly reliable claret; as Neal outlines it:

“Château Lagrange is such a dependable property... if you plonk a bottle of Lagrange in the middle of a dinner table, its contents will be imbibed quicker than many a more aggrandizing château.”

Chateau Rouget was released at GBP 460. Suckling gave it 94-95 points and said 'it's got plenty ahead for its transformation in barrel. Excited with this one' and Galloni echoed his praise by saying 'Rouget is a winner. I loved it.'

The new King of St Estephe, Calon Segur, was released this morning and, with Neal Martin suggesting that this is 'easily the best Calon-Segur that I have tasted from barrel', it is not surprising that unfortunately there was very little Calon to go around and what little we were able to secure went to cover long-standing pre-order clients. 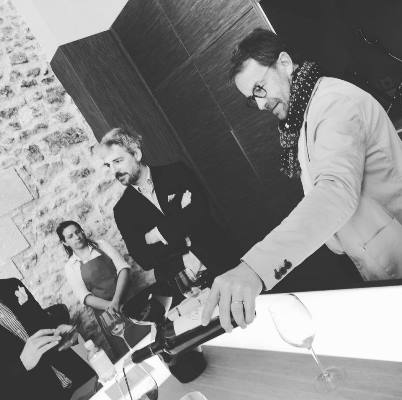 The good news, however, is that the Grand Vin wasn’t the only brilliant wine they made: the 2016 Marquis de Calon was, pound for pound, one of our favourite wines of the whole vintage. It has been released today at the very friendly price of GBP 230 per case. We awarded it a deserved 93-94 points as it showed 'real charm and panache'