There comes a certain time in every (fortunate) young wine merchant’s life when it is time to pop the cork of the cherry on top of Pinot Noir: Domaine de la Romanee Conti. This is a wine whose reputation is not built on 100 point scores, but on 500 years of vines that embrace their priceless terroir and wines that embrace the senses and souls of all who taste them.

I awoke and meticulously prepared as I was trained– not too much toothpaste, plain toast, no coffee – nothing to mar this experience. I glided into work with poised anticipation, wondering if my colleagues were aware of my noteworthy lunch plans. These were also meticulously orchestrated. The location? Anglo, London, a restaurant known for its simple but stylish interior (not to distract from the main event), and elegant yet strong modern British dishes – enough to stand up to complexity without overwhelming (or being overwhelmed).  Of course, there were wines to choose – a white Burgundy, and very daring, a second red Burgundy. I left the office, wine in hand, anxious that my bottles might not stand up to the task, anxious that the apotheosis of tasting may underwhelm me. Thankfully, I was not disappointed. 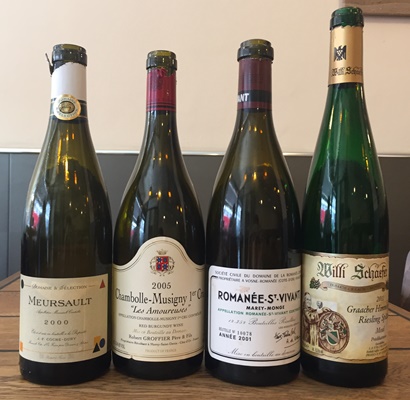 First up, the yeast butter and homemade bread paired with 2000 Meursault Les Vireuils Dessus by JF Coche Dury, this is a rare release which does not exit the domestic market: a project of Jean Francois Coche Dury with former vineyard owner cum wine merchant turned chef, Johan Bjorklund. With the Coche Dury team working the vineyards along with the elevage and bottling, it was no wonder this wine sang of Coche – a searing citrus minerality integrated with stone fruits and hazelnuts, a luxurious yet spritely mouthfeel, considering the 17 years of age on this mere lieux-dits wine, placing it well above Premier and Grand Cru compatriots. 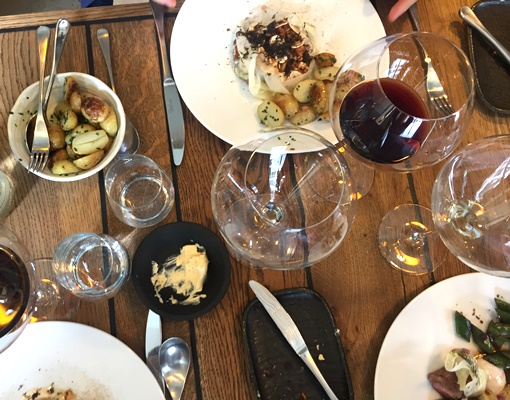 Next, Isle of Wight tomatoes with seaweed – an unsual combination but perfectly suited umami for our 2005 Robert Groffier “Les Amoureuses,” a Burgundy I have been lucky to drink twice in the last month and each time showing a slightly different expression – one more luscious, one with more finesse. Full of bright red cherry fruit, this is a powerful expression of the terroir with a certain new oak spice that helped this Groffier stand up to what is probably the world’s greatest wine producer. The wine opened up as our burrata and girolles arrived. Then, the moment came.

The wine uncorked, the waiter with a sly smile, poured a few drops into my guest’s glass to taste, and you could already smell the heady perfumed liquid enough to arouse your desires. The sanguine drops began with a sweet florality, a fruit that was at once bright red while simultaneously savoury. An initial swirl released a rush of molecules into the air: cherry, berry, sweet spice, violets, rose petals. Too many too fast to note, which continued as the wine delicately rolled over my tongue with a vivacity offset by a full and ripe mouthfeel. At this moment, I lost my innocence to a 2001 Domaine de la Romanee Conti, Romanee-St-Vivant. 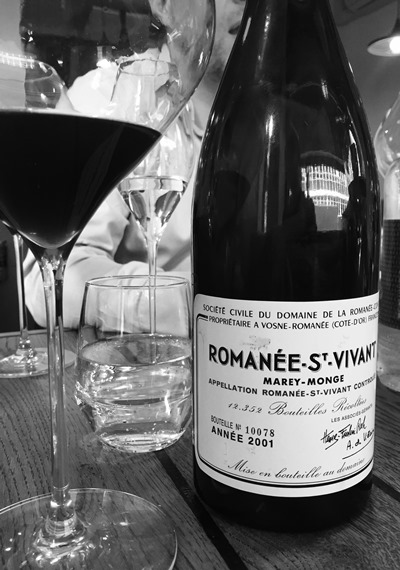 Just as I was beginning to understand this wine, it changed. A sudden trip to the orient – Chinese spices, soy sauce, umami, peppercorn, cloves, star anise – then continuing through India – turmeric, cumin, bay leaf -  to the Middle East - cinnamon, mint, cardamom – and back to the European plum and smoke, fresh Black Forest cherries and just as I am beginning to hold her, I lose my grasp again . You see, she, this bottle of Romanee-St-Vivant 2001, crossed continents to elude my grasp. She took me on her travels, down a silky path. She will never take you on this sensual journey if you only give her five minutes – a splash in a glass, a tasting sheet, a critical review – but when given time and attention, a long lunch and some affection, the Romanee St Vivant 2001 will take you on a sensory Odyssey.

My innocence is lost because I truly understand not just what great winemaking does, but a great terroir. A great winemaker’s job is to harness with finesse what nature begets and to allow those subtleties to radiate. While I will appreciate other bottles of wine, I will always be looking for that nuance and complexity, change, not static certainty while evaluating wine. It is the ability to change through time in a glass, to not be defined, to always just escape your grasp, which elevates a wine from great to legendary. While I had once questioned whether DRC is truly worth the money, I can tell you that if you possess the means, then let my loss of innocence be your provocation. 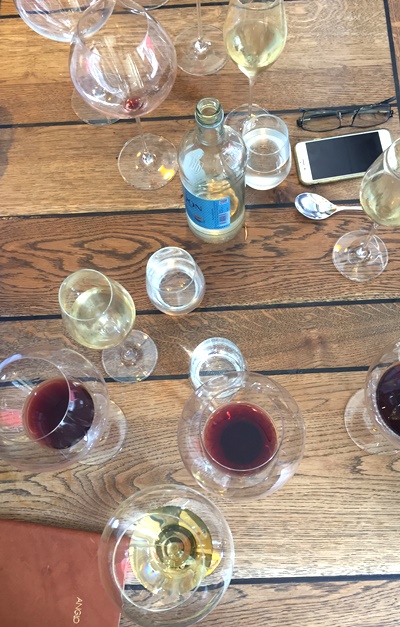