You could say that the BI Team’s weekend in Barolo was defined by a series of first world problems: not being able to perfectly capture the distant snow-capped Alps on an iPhone camera, overdosing on Alba white truffle before about 2pm (said no one ever) and only having one afternoon in Barbaresco. But you might also say it was a weekend of firsts - my first BI trip, the first hot-tub-in-hotel-room on a BI trip, our first (and certainly the last) shot of Camomile Grappa and, I’m sure we’d all agree, one of the first times we’d been left speechless by the sheer breath-taking beauty of a wine region and the wines which were born from it.

We woke, all things considered, fairly bright-eyed and bushy-tailed for our first visit of the day at Poderi Aldo Conterno in Bussia (Montforte d’Alba) – talk about a tough act to follow! Many times over the course of the weekend we were shown that, despite its stereotypes, Barolo isn’t just a red wine region and the charming Giacomo Conterno reinforced this with our first wine of the day – Bussiador Langhe 2015 – a deliciously fresh and mineral Chardonnay. In fact, if I had to choose (but I hope nobody asks me to), possibly one of my wines of the weekend. The delicacy of this white was followed by some pretty punchy Barolos – Collonello then Romirasco with the grand finale being the Granbussia Barolo Riserva 2009 which was everything we hoped it would be and more. In other words, a complete knock-out. Giacomo was a fascinating, philosophical type who delivered more amusing and evocative soundbites than it would be possible to remember; but his overarching view was that there is no point in trying to make ‘the best wine’ – one can only make ‘the best wine we can’. And if some love it, and some don’t, then that’s just life. 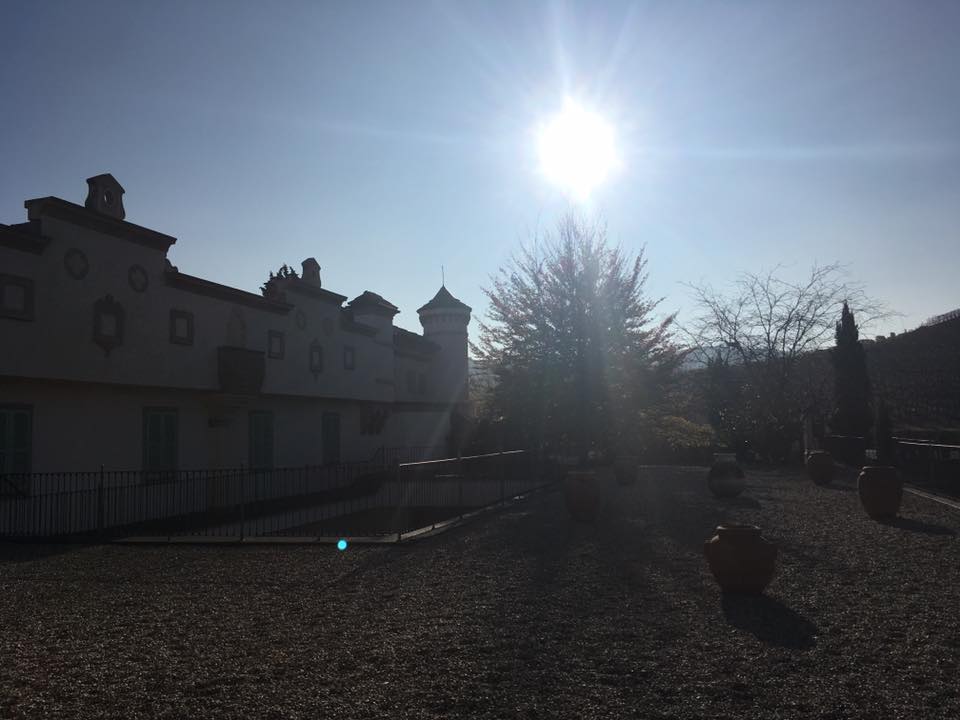 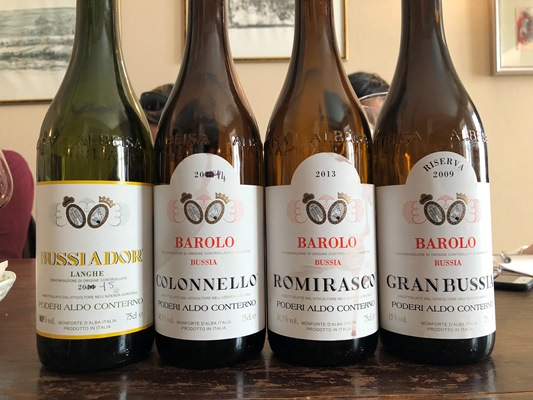 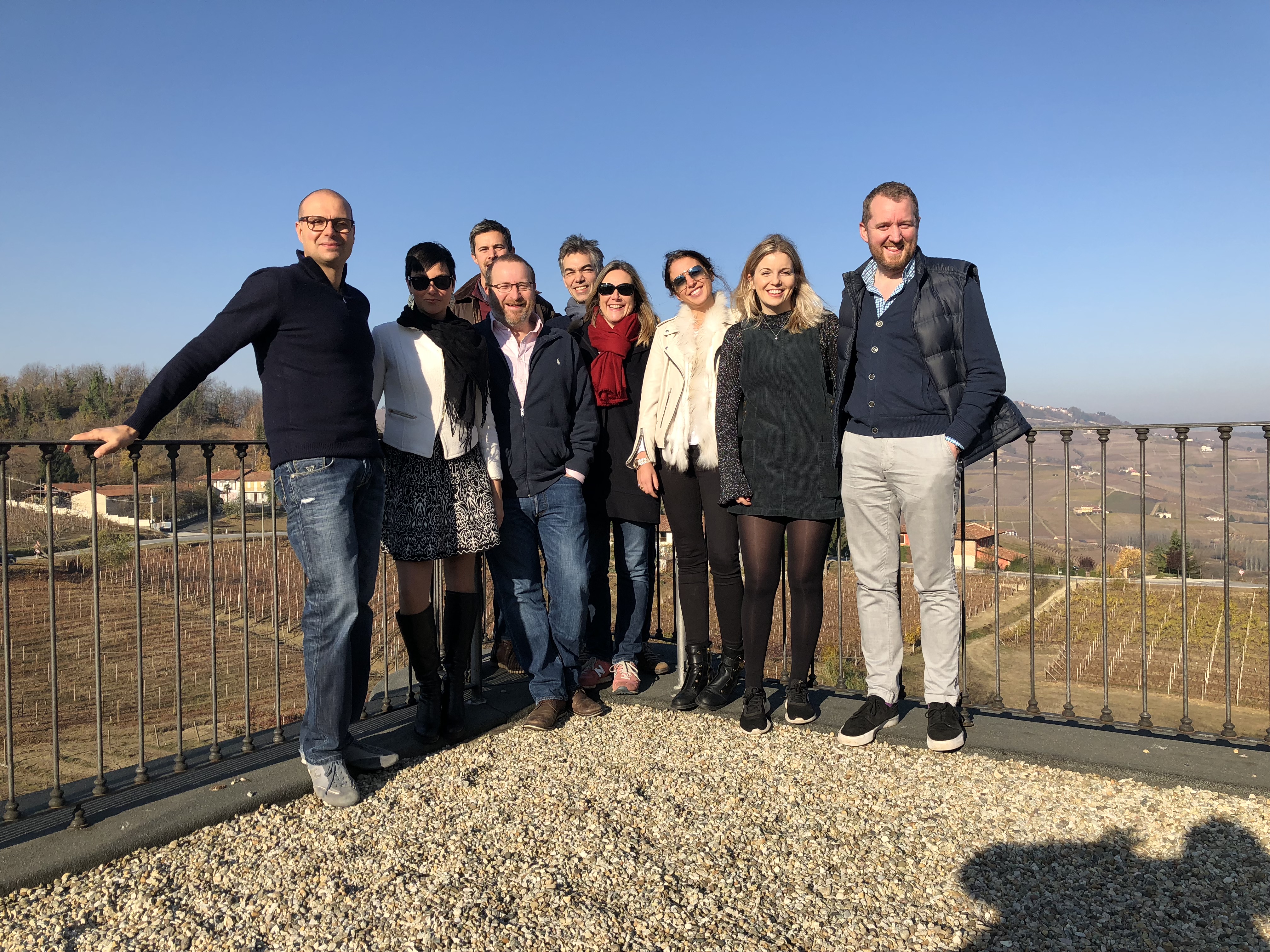 Giacomo & the team at Aldo Conterno

After a quick but pretty awesome tour of the cellars it was all aboard our trusty wagon toward the town of Novello where we had our second visit and tasting of the morning at Elvio Cogno. We were hosted by director Valter Fissore who gave us a tour of his rather spectacular winery. Our eyes were really opened to just how spectacular when we were led onto a small balcony which overlooked the vineyards – a view to which no photo would do justice (although that’s not to say we didn’t try to capture it…) and a view which Valter and his family, along with so many producers in the region, I’m sure never take for granted. 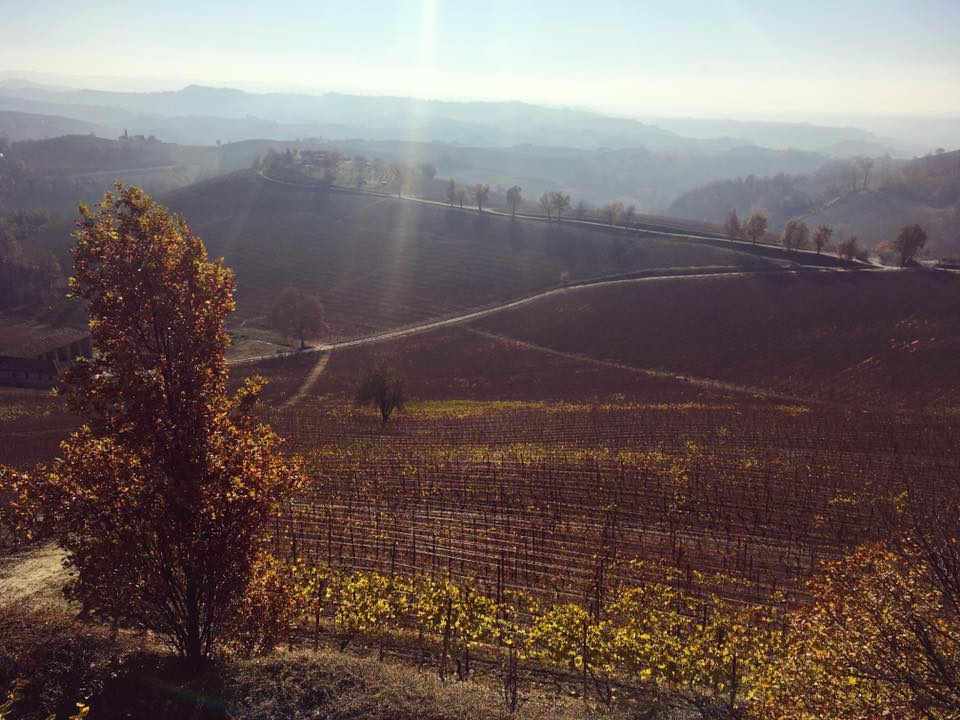 It was really great to spend a little more time with Valter and his wife Nadia over lunch in Novello. It was here where we finally got to tuck into the other celebrated delicacy from Piedmont – white truffle. Indeed, even after a tough harvest, these had an aroma which caused Dasha and I to question why Jo Malone hadn’t yet introduced a white truffle room diffuser (solving another first world problem). The truffle was grated onto a simple Tajarin pasta, a Piedmont special, with butter and parmesan and washed down with a rather special Elvio Cogno pre-phylloxera Barbera d’Alba. If that’s not the lunch that dreams are made of I’m not sure what is. One thing which struck us about Elvio Cogno was the beautiful colours of the wines - brilliant garnet red with orange hues which, if it’s possible, added to the amazing elegance and drinkability of the wines. 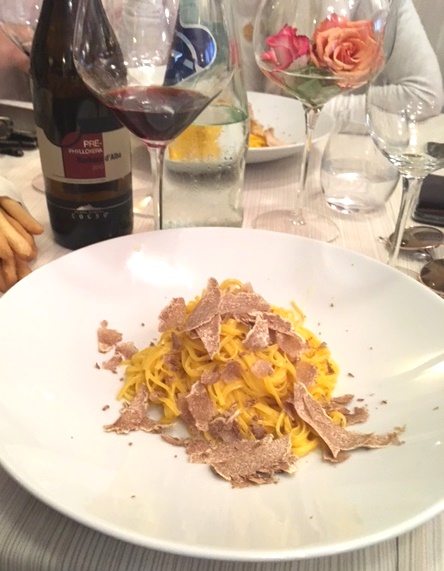 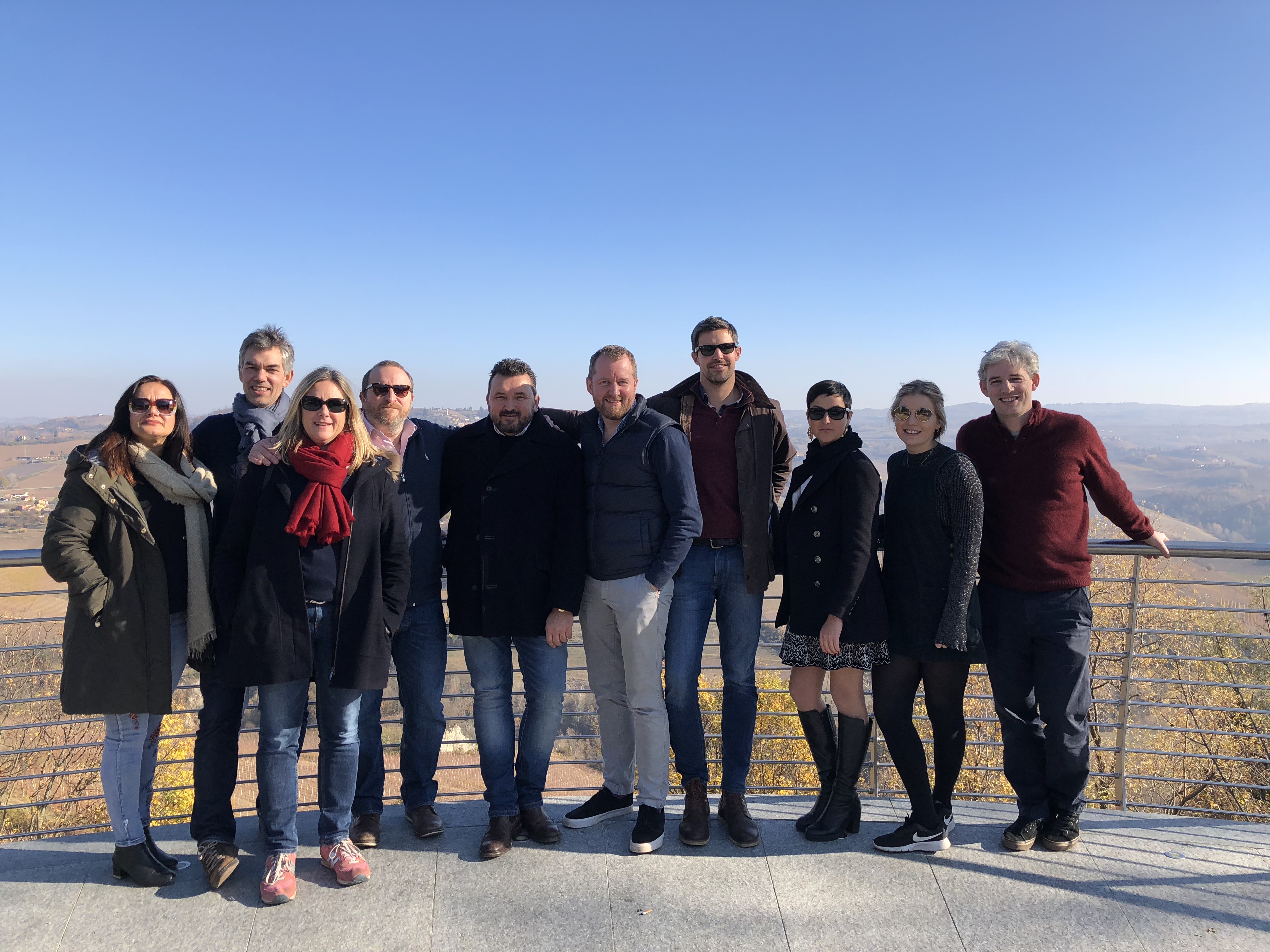 It was impossible to ignore, at our next tasting at GD Vajra, just how happy our host, Isidoro Vajra, was – so much so that of course, in true British fashion, we had to query why he had such a grin on his face. We’ll let you fill in the blanks. Of course we only had to glance out of the window to remind ourselves that you’d be hard pushed to be miserable whilst living and working in such a beautiful region and constantly being ‘forced’ to drink such fantastic wines. Fortunately we left equally cheery after we were treated to a fairly extensive tasting. A particular highlight for me was the ‘Bricco delle Viole’ Barolo; the higher altitude and long ripening season of this vineyard meant the wine was rich and aromatic and yet had such a long, fresh finish. 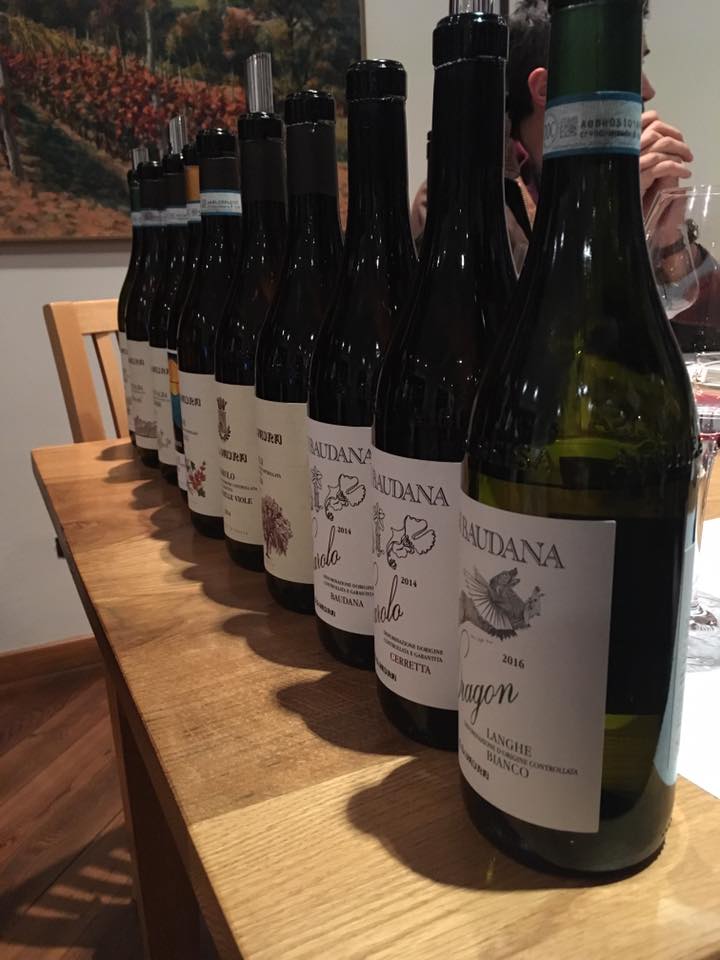 After a short drive back to the hotel and a brief Autumn Internationals interlude it was time to enjoy a few of the bottles we’d gathered throughout the day over another bountiful dinner with tajarin and meat ragout, veal tartare, duck breast to name but a few. After several bottles of delicious Nebbiolo (and friends) it was apparent that Limoncello followed by Grappa was the only reasonable conclusion to the evening... I’ll say no more… 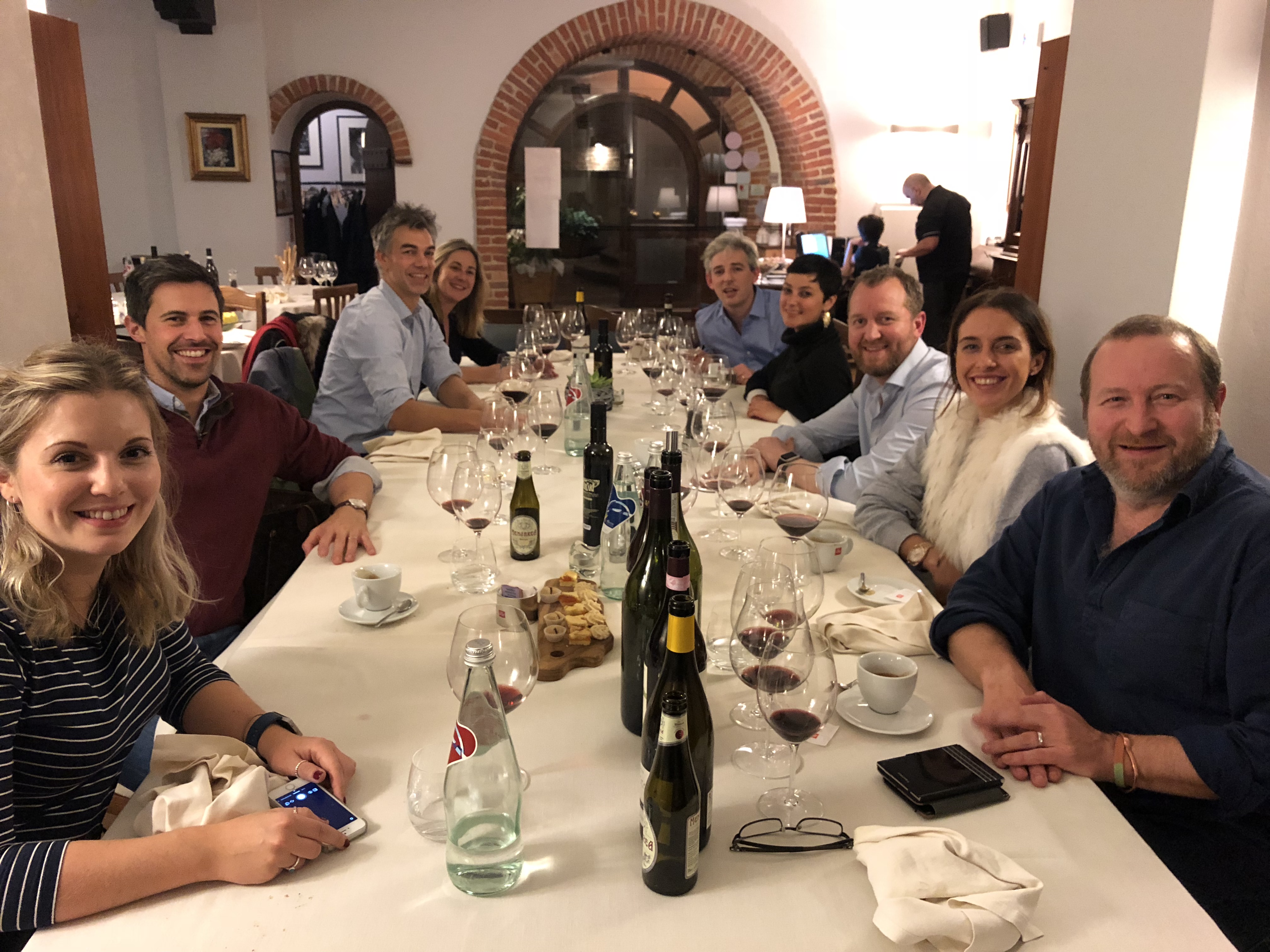 The 11am rather than 10am start at Borgogno was most welcome. Borgogno has one of the oldest cellars in the region; as far back as 1920, they decided to set aside good volumes the bestBarolo vintages for extended aging in their cellar. Today the cellar contains over 800,000 bottles with the oldest vintage being 1961. It is safe to say it was pretty special to see all these older vintages stacked in their cellars so beautifully. The excellent tasting at Borgogno included the famous ‘No Name’, the rare single vineyard ‘Liste’ and three vintages of Riserva. Whilst the 2010 was arguably the greatest wine of the group, the 1998 was the perfect example of the incredible ageing potential of some of these Barolo Riservas. Whilst delicious, it still showed masses more potential for many more years in bottle. 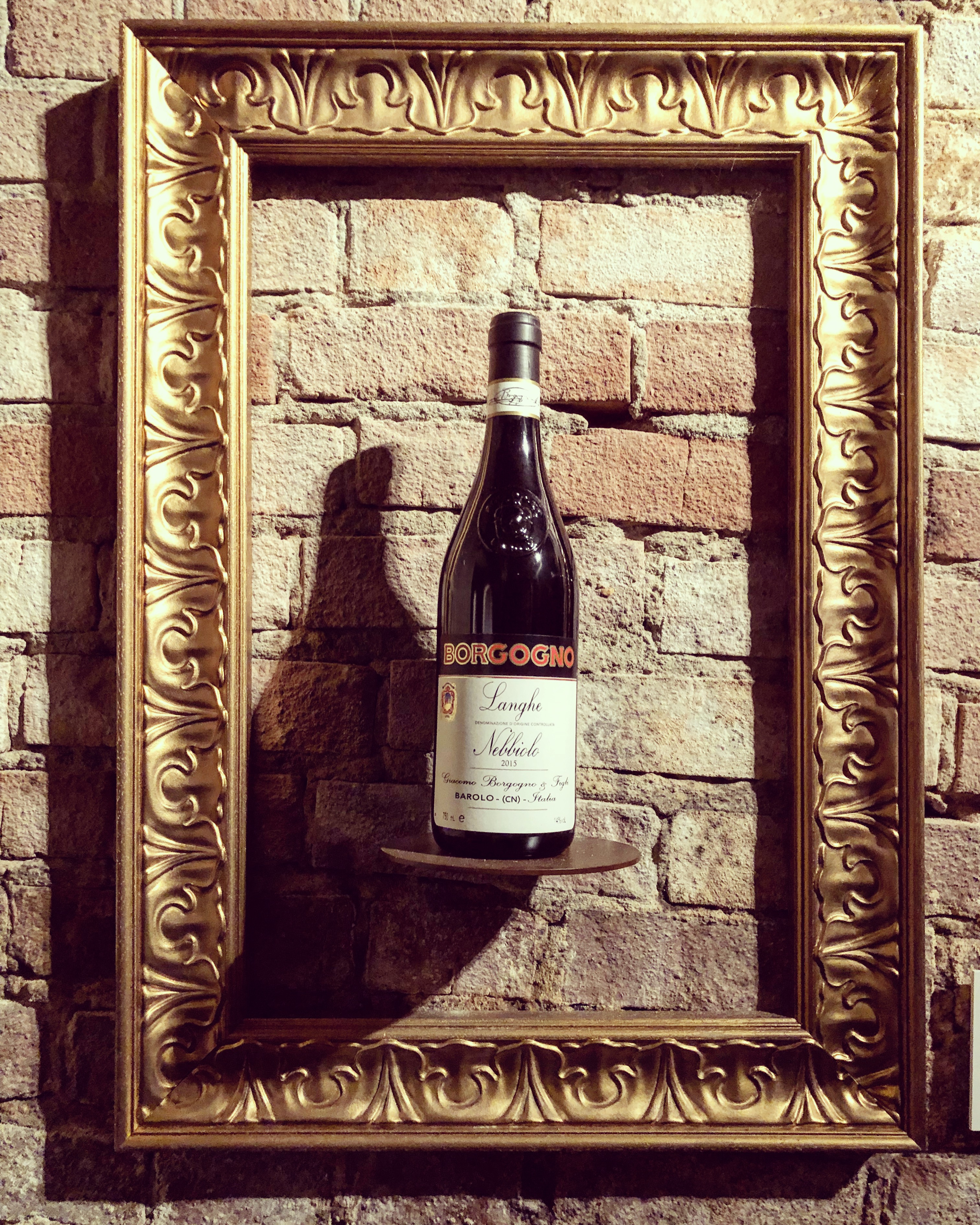 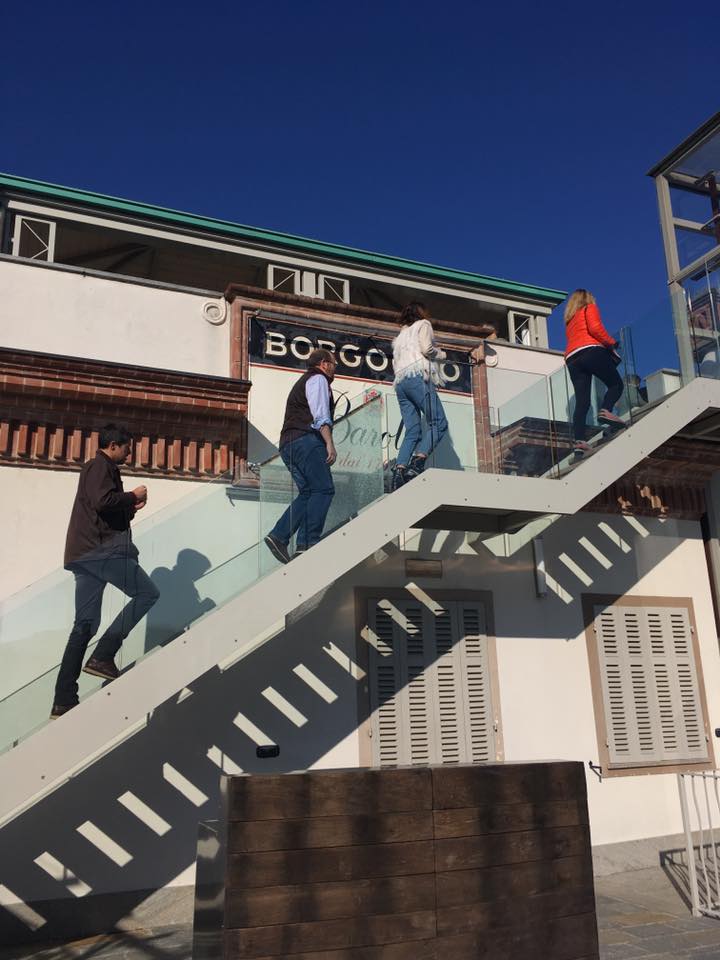 We’d spent so long wrapped up in the fantastical world of Barolo we’d almost forgotten that Barbaresco was on the cards for Sunday afternoon. Lunch in Tre Selle in Barbaresco was another flurry of complete decadence - it was at this point I was beginning to wonder how on earth the following week’s salads and sandwiches would ever cut it - and then we were off to our final visit of the trip at Marchesi di Gresy’s Martinenga. I didn’t think that the views from these Piedmont wineries could get any better but once again I was proven wrong – this was a simply stunning spot with the sun setting over the enormous vineyard-amphitheatre surrounding the estate where you could almost imagine the imaginary orchestra sitting. Our host, Jeff, a Kiwi of some 30+ years in the region, ensured we made the best of our short time with him including tasting several of the Martinenga Gaiun Barbarescos – the estate’s flagship wines - of which 11 of the estate’s 35 h/a are dedicated to in this spectacular amphitheatre. It is little wonder that these are wines of such finesse and refinement. 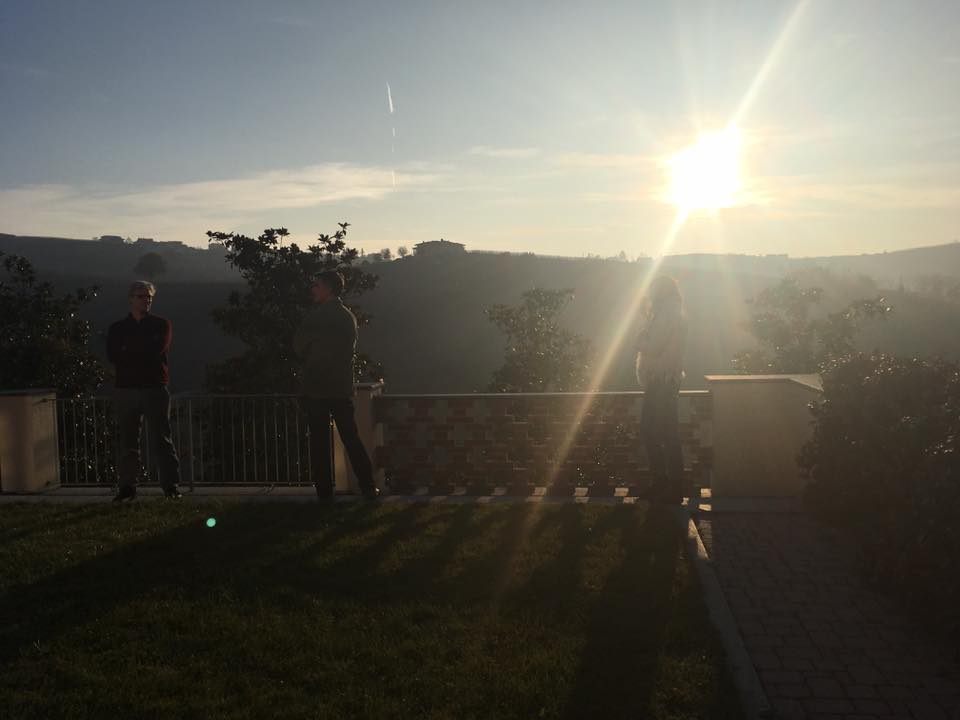 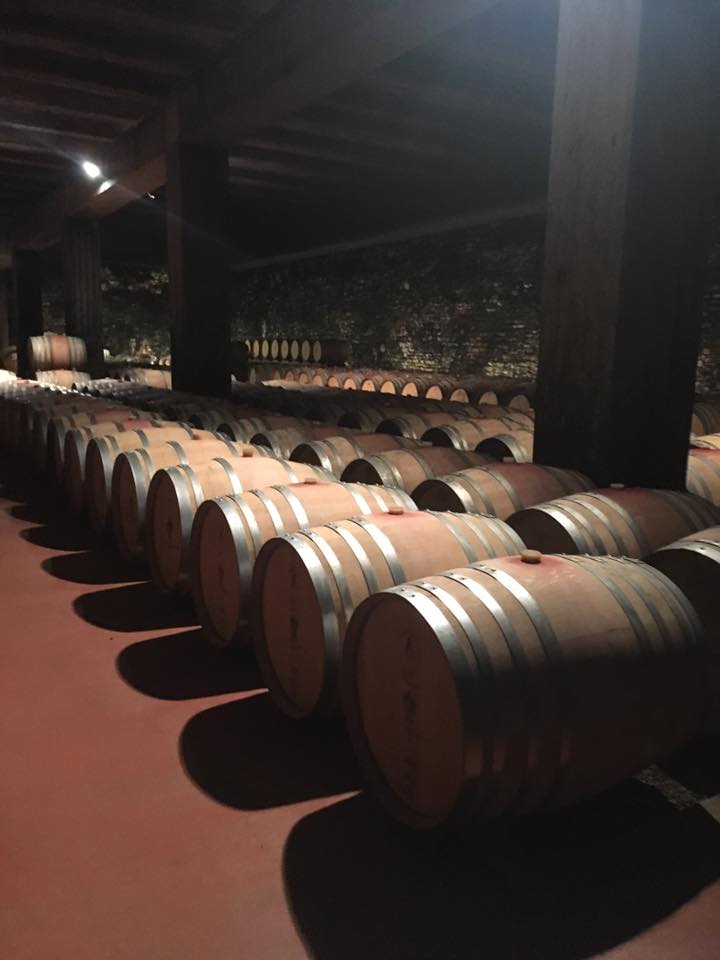 For me the flight back from Turin to London – apart from the much needed little siesta – was spent reflecting on my first trip with BI and just how amazing it is to have the opportunity to taste wines in-situ almost among the vines, not to mention in one of the most beautiful wine regions in the world. It is often difficult to fully understand the concept of ‘terroir’ and ‘terrain’ when tasting and reading about wine and, despite this being the most important factor for most producers in Barolo, it is only when opportunities such as this one arise does it become clear. I could find myself nodding and agreeing when the producers spoke about ‘tasting terrain’ because it was only moments beforehand that I’d been standing metres away from said precious ground. 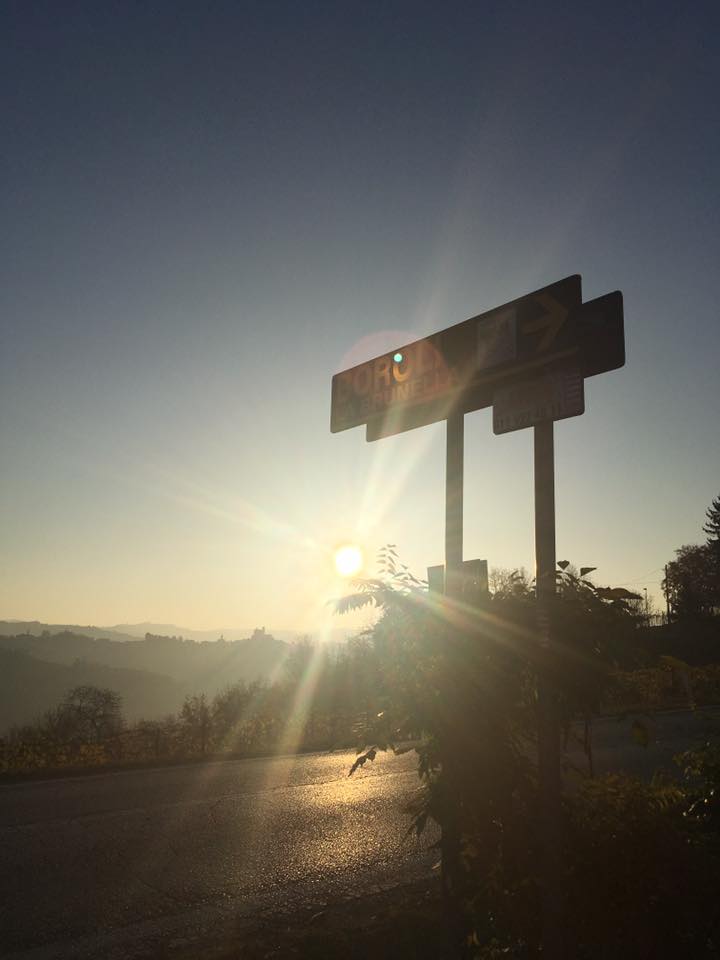