Day 2 is transition day. This does not mean I will be coming home as Jill Cooper, despite what some of my colleagues might think. What it means is that after completing our tour of the Medoc, we will eventually cross the river and leap from the home of Cabernet to the home of Merlot – and the usual ‘left vs. right’ debate. There has been a fair bit of talk about this in the run up to the trip; after all the frost did more damage on the right than on the prime growing areas of the Medoc, and the impact must surely be felt in the wines… but as always with primeur, we go in with open minds and will not pass judgment until we have tasted. So let’s just wait and see.

Having completed our tour of Pauillac and St Julien yesterday, today was about the north and south – St Estephe and Margaux. From what we can see the story here is pretty much the same in that the top spots close to the river were less affected by the cold snap; however the further north you go, typically, the more rain you see, so this could also have been a factor.

The air is a little warmer today and tasting conditions felt a little more attractive; and there is no question that some of the wines we encountered today, including some at a relatively humble level, have outperformed some of the bigger names we found elsewhere in the Medoc. The Cazes family are still showing their wines at their St Estephe outpost, Ormes de Pez, while the colossal building project continues down at Lynch; and once again, following the deeply impressive 2016, Ormes de Pez is truly rocking at its price. Just take imperials again, you know it makes sense. Lynch itself was also an impressive wine, but we have come to expect this now, such is its consistency. Another ‘lesser’ wine, Capbern, the baby brother of the Calon Segur family, was confidently kicking ass and taking names; this is another one to watch and certainly one to own. 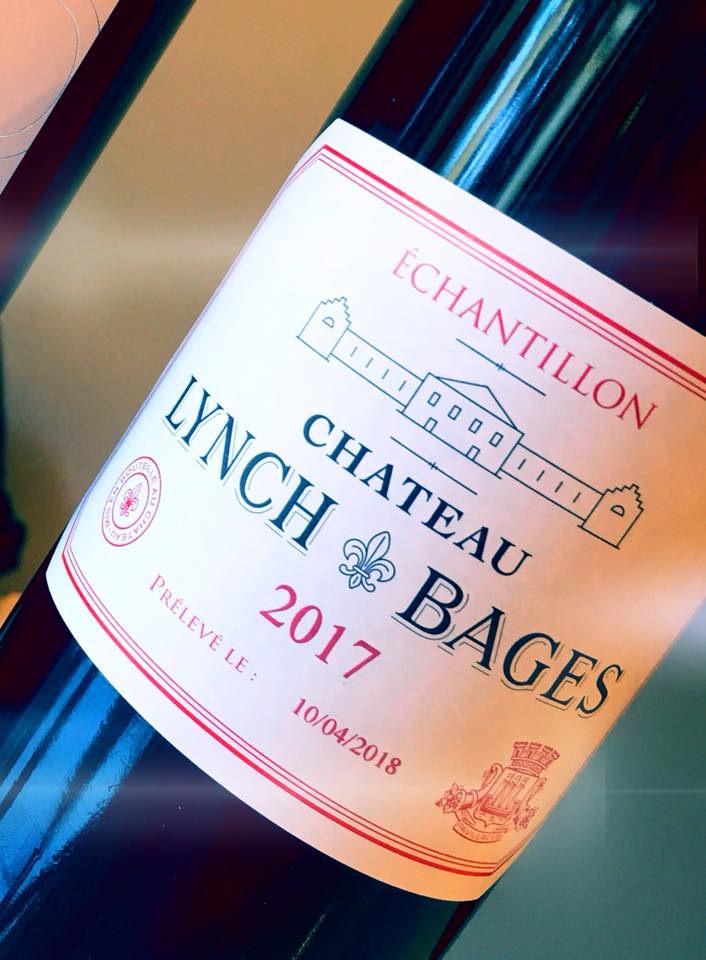 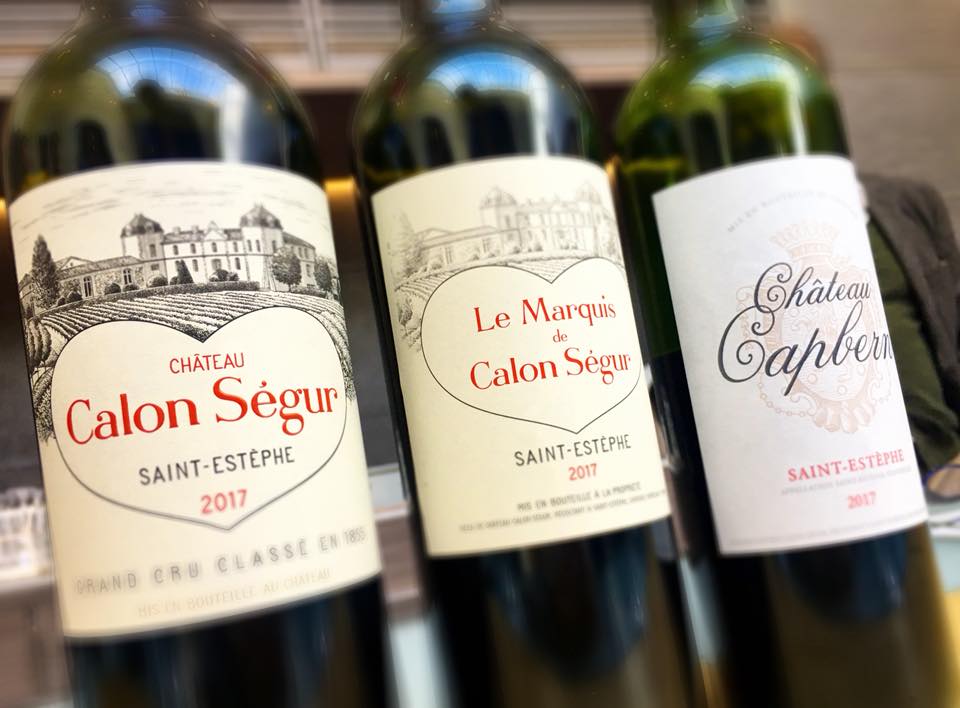 But the superstar of the north this year, and perhaps even across the whole left bank, is Montrose. This is a show-stopping wine of immense power, rich fruit, clarity, precision, poise and energy with potential to burn. We rated it the same as Chateau Latour, to give you some indication of its quality and capability. 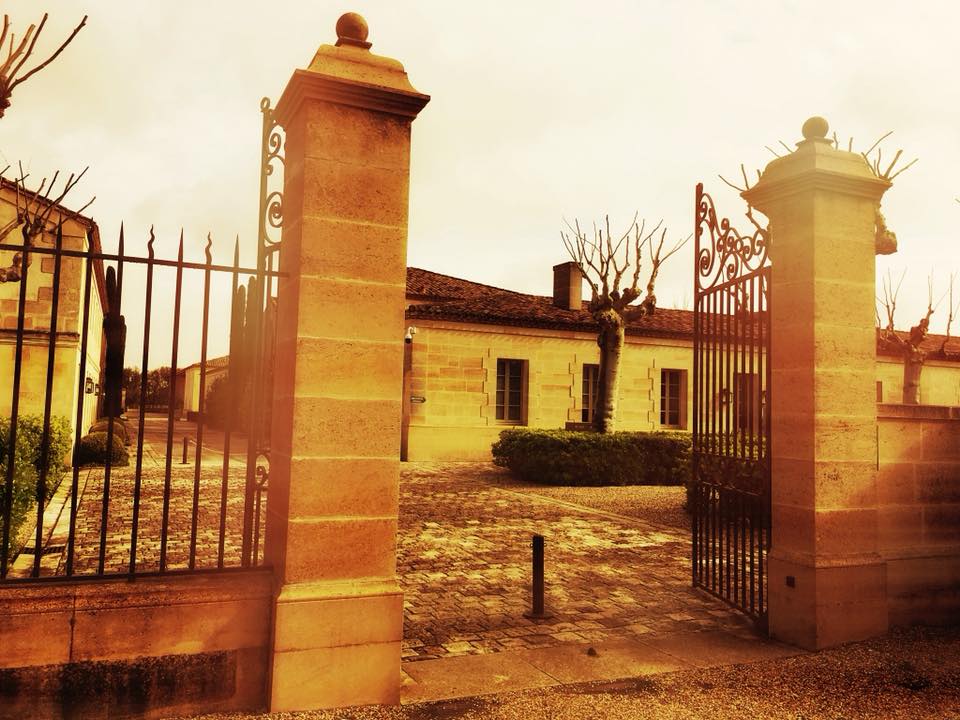 A welcome break between north and south, and a considerably better one than Watford Gap Services, was a great tasting and fantastic lunch at Talbot. This much-loved estate is soon to be in the very capable hands of our great friend Jean Michel Laporte, formerly of Pomerol royalty La Conseillante. How good it is to see him back in his natural environment – we wish him and the estate the very best of luck. Lunch itself was one of those rare treats. The best food we have had in Bordeaux for some time, in the family dining room, with Lila the dachshund weaving under our feet – and a couple of smashing bottles of Talbot, the white ‘Caillou de Talbot’ 2016, followed by a delightful 1996 and powerful 2006 Grand Vin. We were made to feel hugely welcome and laughter and stories abounded. 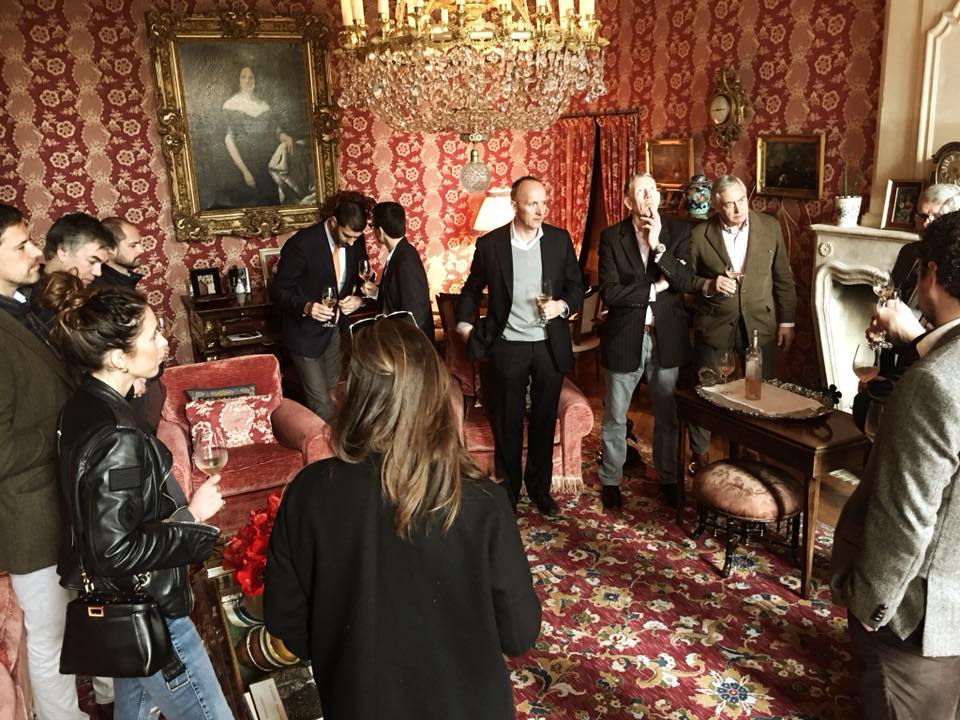 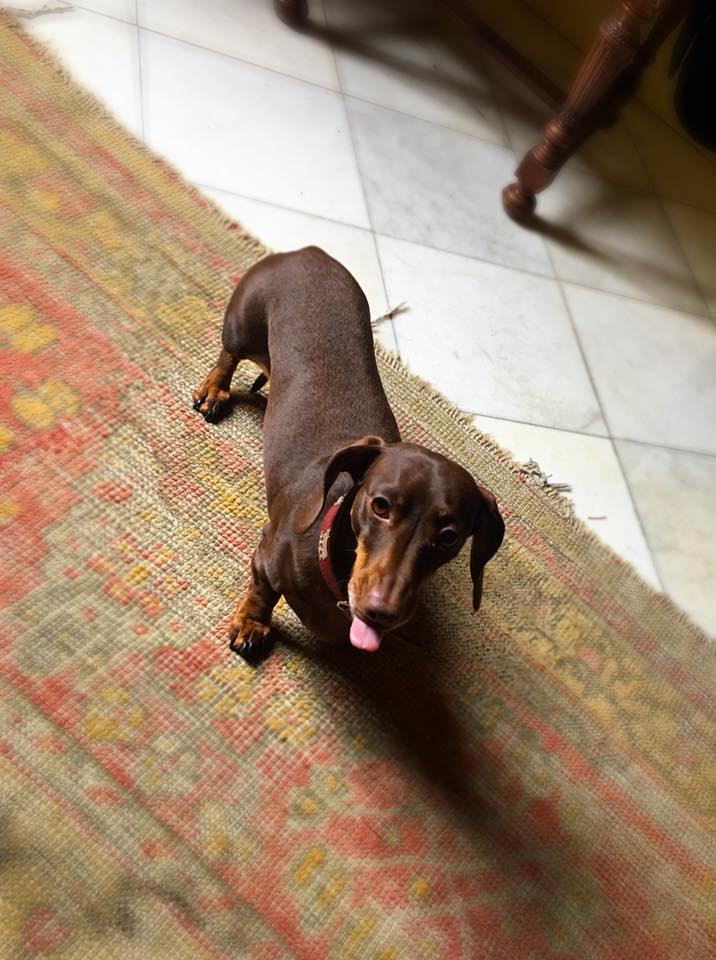 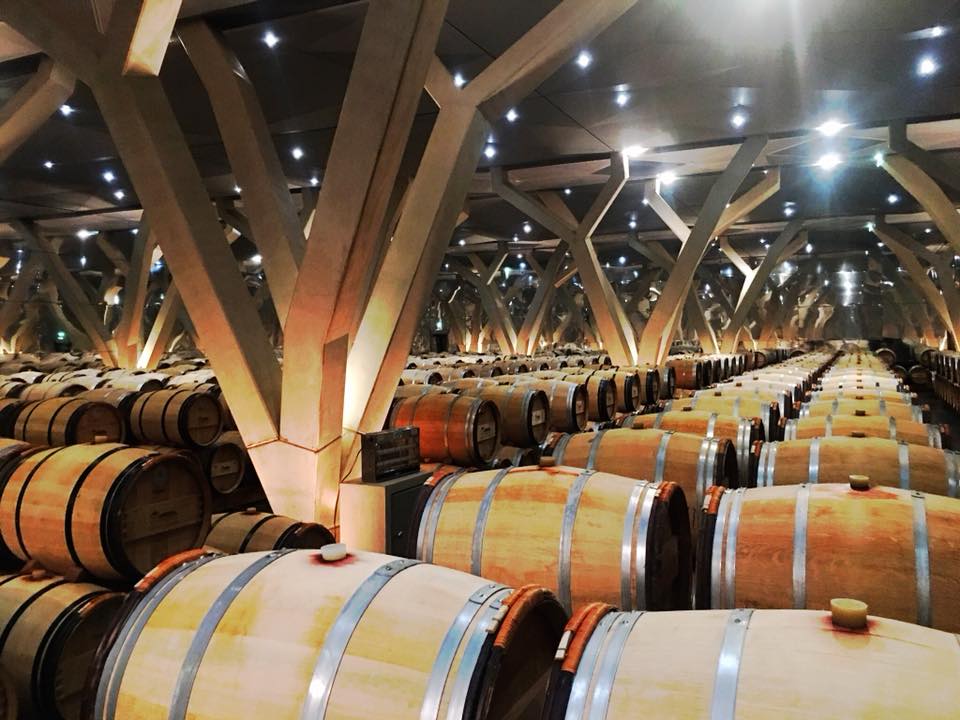 Now typically when the weather is tough anywhere in Bordeaux it can be toughest in Margaux but the evidence this year is that the wines have retained good freshness and concentration. At Chateau Margaux they clearly have the impossible job of following the remarkable 2015 and 2016 wines and they’ve done an admirable job, with excellent concentration, balance, and that signature exotic perfume in droves. The decision to pick after the mid-September rains and not panic-pick before has really made a difference here – chapeau.

Given that the Merlot suffered more than the Cabernets from the frost one would think that Palmer would really have their work cut out, especially when their commitment to biodynamics (and the restrictions this brings) is taken into account. But again Thomas Duroux and his team have dug deep and produced a wine of grace and elegance which would sit very happily in many other vintages.

And so the Medoc is done for another year and we breeze over to St Emilion, kicking off with a line up at Pavie Macquin to get us into the mood for some Merlot. Now what is clear from talking to the guys over here (bearing in mind we have many more estates to visit and brains to pick) is that where the frost hit, it really hit, and volumes are down significantly. However much of this reduction is by choice, where producers have retained quality by sacrificing volume. And from what we tasted at Pavie Macquin, there is definitely real quality on this side of the river. Power, intense fruit, energy… even at the entry level, the wines from Nicolas Thienpont were extremely impressive. We await tomorrow’s visits with considerable glee. 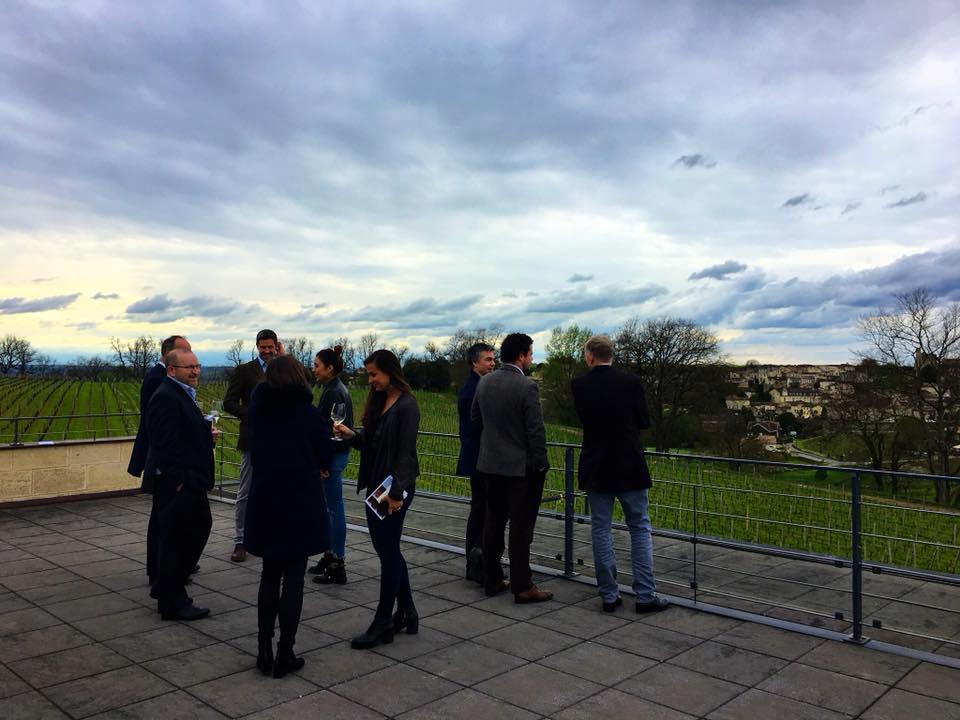 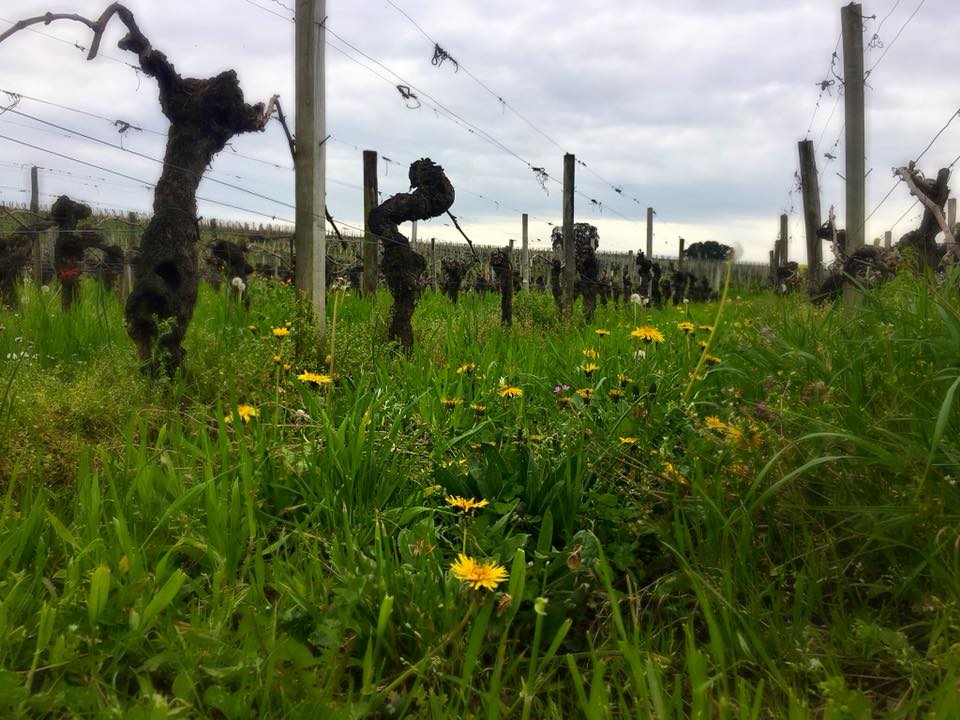 Dinner was at the newly Gerard Perse (Pavie) owned L’Envers du Decors in St Emilion, where yet more entrecote was washed down with some excellent bottles and magnums, including a delightful VCC 1994 and a deeply impressive Pavie Macquin 2001 – and a treat in the form of a classy old Talbot 1983.

As the saying goes, ‘Happy Days’. 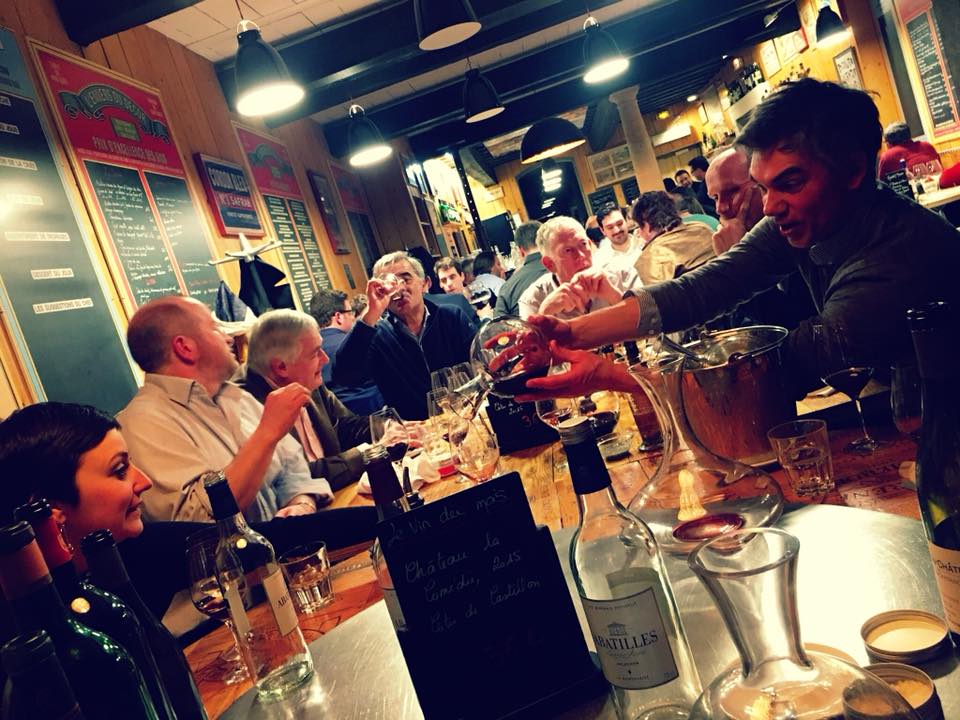