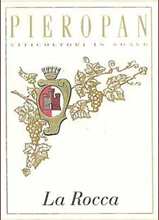 Nino Pieropan believes that excellence derives from assiduous attention to detail ’from the moment you pick up the secateurs, to the time the cork goes into the bottle’. The results of this philosophy are evident in his immaculate winery, carefully tended vineyards and outstanding wines.

The Pieropan family has been producing wines in Soave since the 1860s. Indeed, they were the first producer to bottle a wine with the name Soave on the label, in the early 1930s. Nino Pieropan took over from his father in 1970, and was the first to make a single vineyard wine, Calvarino, in 1971. In 1999, the Pieropan family bought a property in Cellore d’Illasi, in the Valpolicella production area and planted it with vines. Nino’s two sons, Andrea and Dario, now work with him and his wife, Teresita, in running the estate. After almost 80 years of bottling Soave Classico, Nino reluctantly abandoned the Classico appellation from 2008, believing it was time to move to a stelvin closure to protect the aromatic characters of his wine.

Nino Pieropan attaches enormous importance to the quality of fruit produced in the estate’s 30-hectares of vineyards, which are situated in the heart of the Soave Classico zone, just to the east of Verona. After taking over the estate, he acquired crus such as La Rocca, Pigno, Palestrello and La Santa to add to Calvarino, which was bought by his grandfather in 1901. The vineyards are planted primarily with Garganega and Trebbiano di Soave. Nino‘s meticulous vineyard husbandry is innovative for the region and includes spur spruning, crop thinning and the use of organic fertilizers.