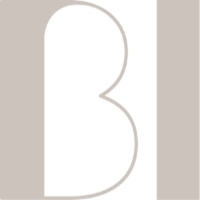 Tasted on four separate occasions, and awarded a perfect score on three of those, the 2001 Chateauneuf du Pape Cuvee de la Reine des Bois even surpasses the extraordinary Reine des Bois produced in 2000, 1999, and 1998 ... and thatâ€™s saying something! An inky/purple color is followed by a heady perfume of graphite, blackberries, kirsch, licorice, truffles, and charcoal. This full-bodied effort displays endless concentration in its pure, dense, generous flavors. It is broadly flavored, with beautifully integrated acidity, tannin, and alcohol. A blend of 78% Grenache, 10% Mourvedre, and small quantities of Cinsault, Counoise, Syrah, and Vaccarese, it is made from 60-year old vines, and aged both in cask and neutral foudres from what are obviously very low yields. Sadly, just over 1,000 cases were produced. This classic Chateauneuf du Pape requires 3-5 years of cellaring; it will last for two decades. A modern day legend, it is an example of what progressive winemaking can achieve without abandoning the traditions of the appellation.